Donnie Simpson Net Worth and salary: Donnie Simpson is an American radio DJ and actor who has a net worth of $5 million. Donnie Simpson was born in Detroit, Michigan in January 1954. Donnie started his career at 15 when he started working at Urban Contemporary radio station WJLB in Detroit. He worked there for seven years before relocating to Washington, D.C. to work at WRC-FM as morning drive host and program direction for 15 years. Simpson was hired as the back-up anchor on the George Michaels Sports Machine in 1981. Simpson hosted the BET network's primetime music video show Video Soul from 1983 to 1997 and then hosted many other network specials and tributes. Simpson was inducted into the BET Walk of Fame in 2004. He appeared in the movies Krush Groove in 1985 and Disorderlies in 1987. From 1993 to 2010 Simpson hosted The Donnie Simpson Morning Show on WPGC-FM in Washington, D.C. He became the first urban format radio personality to earn an annual salary of over $1 million without being syndicated. Simpson was named Billboard's 1998 Air Personality of the Year. 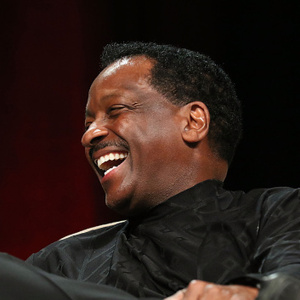