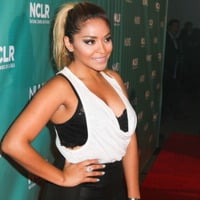 DJ Yesi Ortiz net worth and salary: DJ Yesi Ortiz is an American DJ who has a net worth of $300 thousand dollars. DJ Yesi Ortiz was born in Orange County, California, and became interested in music at an early age. She went on to study broadcasting, and landed her first radio gig while she was still in school. The station was in Las Vegas, so she commuted between Las Vegas for work, and school and her regular job in Long Beach, each week. After two years with the station in Las Vegas, she began working for a rock station in San Diego. This led to an offer to co-host "AJ's Playhouse" in San Diego. A year later, she was offered a position with Power 106 in Los Angeles. She is now the daytime DJ for the station, serving as DJ from 10 am to 3 pm every day. She also co-hosts the popular show, "The New @ 2 Mix", every day at 2 pm.