DJ Tiësto Net Worth: DJ Tiësto is a Dutch DJ who has a net worth of $170 million. Tiësto, also known as the "Godfather of EDM," is a widely successful DJ, producer, and musician who DJs for massive audiences around the world. He has released seven studio albums to date and earns north of $40 million per year from merchandise, album sales, licensing, and touring. His albums "Just Be" (2004) and "Elements of Life" (2007) both reached #1 in the Netherlands, and his records have been certified Gold in several countries. Readers of "DJ Magazine" voted him World No. 1 DJ in 2002, 2003, and 2004 as well as "best DJ of the last 20 years" in 2013. In 2003, Tiësto was made an Officer of the Order of Orange-Nassau and came in at #40 on a KRO broadcasting company poll of the greatest Dutch citizens.

Early Life: Tiësto was born Tijs Michiel Verwest on January 17, 1969, in Breda, Netherlands. He became interested in music at an early age, and he began DJing at school parties when he was 14 years old. Tiësto had residencies at many clubs in the Netherlands from 1985 until 1994, including Breda club Spock, where he often performed late night sets on weekends. In his early years as a DJ, he primarily played acid house, new beat, and Madonna songs.

Career: Tiësto began releasing music on Chemo and Coolman, sub-labels of Noculan Records, in 1994, sometimes producing tracks under the names DJ Limited and Da Joker. Later that year, he signed a record deal with Basic Beat Recordings and started releasing albums on Arny Bink's Trashcan sub-label. Tiësto and Bink later co-founded the Guardian Angel sub-label and released the "Forbidden Paradise" series. He then released four EPs on Lightning Records sub-labels XTC and Bonzai Jumps between 1995 and 1996 and joined the sub-label DJ Yves, which was created by his friend Yves Vandichel, in 1997. Tiësto and Bink left Basic Beat Recordings during the fall of 1997 and co-created Black Hole Recordings. Tiësto created two sub-labels of Black Hole Recordings, In Trance We Trust and SongBird. He released his "Magik" series, "Magik One: First Flight," "Magik Two: Story of the Fall," "Magik Three: Far from Earth," and "Magik Four: A New Adventure," from 1997 to 1999. Around that time, Tiësto also released tracks on the Planetary Consciousness label.

In 1998, Tiësto teamed up with Dutch DJ Ferry Corsten for the trance duo Gouryella. Their first single, "Gouryella," became a hit after its May 1999 release, reaching #15 on the UK Singles Chart. In 1999, Tiësto debuted his "In Search of Sunrise" series, began performing at Gatecrasher in Sheffield every month (one time playing for 12 hours straight), and took part in a millennium celebration called Trance Energy 2000. Tiësto began focusing on solo work in 2001 and left Gouryella. In April 2001, he released the solo album "In My Memory" on his new Magik Muzik sub-label, and it was certified Gold in the Netherlands. His follow-up albums "Just Be" (2004) and "Elements of Life" (2007) also went Gold in the Netherlands, and "Kaleidoscope" (2009) was certified Gold in Canada. Tiësto also released the solo albums "Kiss from the Past" (2011), "A Town Called Paradise" (2014), and "The London Sessions" (2020), and his singles "Traffic" (2003), "In the Dark" (2007), and "Jackie Chan" (2018) peaked at #2 on the Dutch Top 40 chart.

In 2002, Tiësto won a Lucky Strike Dance Award and performed on Moby's Area2 Tour; the following year, he participated in the PlayStation 2 Dual Play tour. In May 2003, he became the first DJ to ever put on a solo concert in a stadium when he performed for a crowd of 25,000 people at the GelreDome in Arnhem. In 2004, Tiësto played a 90-minute set at the 2004 Summer Olympics opening ceremony, and in 2005, Amsterdam's Madame Tussauds museum added a wax statue of the DJ. In 2006, he had to cancel several shows after landing in the hospital with chest pains; he was diagnosed with pericarditis. Tiësto received his first Grammy nomination, Best Electronic/Dance Album for "Elements of Life," in 2007, and he released the two-disc album "Magikal Journey: The Hits Collection 1998–2008" in 2010. Tiësto has released four tour DVDs, including "Tiësto in Concert" (2004) and "Copenhagen: Elements of Life World Tour" (2008). 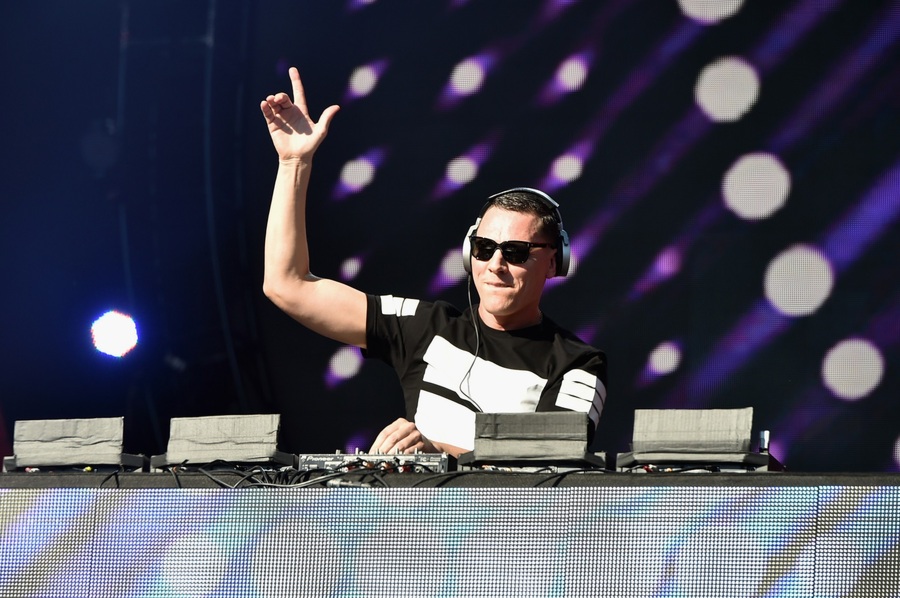 Personal Life: Tiësto began a relationship with model Annika Backes in 2015, and they became engaged while celebrating Thanksgiving in the Maldives three years later. The couple married on September 21, 2019, at a resort in Amangiri, Utah. Tiësto is passionate about charity work, and in 2005, he performed at a fundraiser in De Dam, Amsterdam, that raised funds for victims of the December 2004 Indian Ocean earthquake and tsunami. He became the Dance4Life foundation's worldwide ambassador in 2006, and in 2012, he released "Dance (RED) Save Lives," a compilation album that benefited HIV/AIDS charity Product Red. In 2014, Tiësto headlined the Thank You Festival (a partnership between Global Citizen and the World Childhood Foundation) in Washington, D.C. and the Global Citizen Festival in New York City.

Awards and Nominations: Tiësto has earned two Grammy nominations, winning Best Remixed Recording, Non-Classical in 2015 for "All of Me (Tiësto 's Birthday Treatment Remix)," which was originally performed by John Legend. He has won nine WMC Awards Miami, three ID&T Dutch DJ Awards, and three 3 FM Awards as well as six awards from the TMF Awards Holland and seven from the TMF Awards Belgium. Tiësto has also earned awards from the MTV Europe Music Awards, World Music Awards, Gold Sales Awards, and DJ Awards. "Mixmag" magazine named him the #1 DJ of 2008 and The Best DJ of All Time (2011). Las Vegas County Commissioner Steve Sisolak presented Tiësto with a key to the city on January 14, 2017, which has been known as "Tiësto Day" ever since. 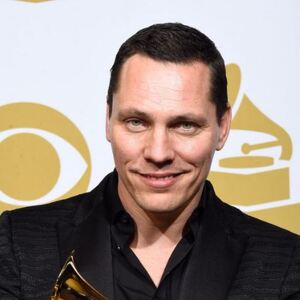