DJ Snake net worth: DJ Snake is an Algerian French DJ, rapper, and record producer who has a net worth of $8 million. DJ Snake was born in Paris, France in June 1986. His first big hit was the single "Turn Down for What" (with Lil Jon" which reached #1 on the US Dance chart and #4 on the Billboard Hot 100 chart. DJ Snake also had hit songs with the singles "Get Low" (with Dillon Francis), "Middle" (featuring Bipolar Sunshine) and "You Know You Like It" (with AlunaGeorge). DJ Snake's single "Lean On" (with Major Lazer featuring MO) reached #1 on the US Dance chart and #1 in Australia and the Netherlands. It also reached the Top 5 in France, Austria, Belgium, Canada, Germany, the UK, and the US. DJ Snake has remixed the songs "Stay the Night" by Zedd featuring Hayley Williams, "New Slaves" by Kanye West, "It's You" by Duck Sauce, "Bubble Butt" by Major Lazer featuring Bruno Mars, 2 Chainz, Tyga, and Mystic, and "How Deep Is Your Love" by Calvin Harris & Disciples. DJ Snake has won an MTV Video Music Award and a Billboard Music Award and has been nominated for two Grammy Awards. 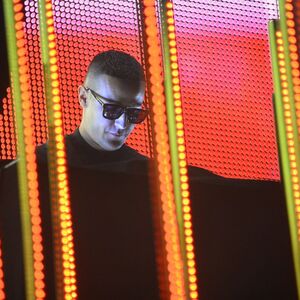