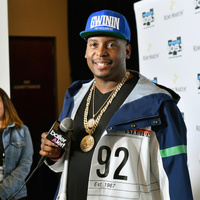 DJ Self Net Worth

DJ Self net worth: DJ Self is an American DJ who has a net worth of $3 million. DJ Self was born and raised in New York City. When he was young he started attending local parties. At these parties he noticed that the DJs would always leave with a couple of girls. At that point he made the decision to get into the music business. It also didn't hurt that he fell in love with music itself. Today he is known as DJ Self The Prince Of New York. As of December 2015, he is a cast member on the VH1 show Love & Hip Hop New York. But way before his reality show fame, he was famous for working at New York's famed Power 105.1 radio station. He has worked at Power 105 since 2010. Love & Hip Hop New York premiered on December 14, 2015.