DJ Babey Drew net worth: DJ Babey Drew is an Atlanta-based radio personality and reality television star who has a net worth of $900 thousand. DJ Babey Drew has gained notoriety recently after being cast on VH1's hit reality series Love & Hip Hop: Atlanta. DJ Babey Drew appears on the show with his ex-girlfriend DJ Traci Steele and Steele and Drew share one child together.

Born Andrew Bisnaught on July 6, 1980, Drew got his start in radio while attending Hampton University in Virginia Beach, Virginia. While in college he hosted a popular show called The Baby Drew College Tour that traveled across country performing at various colleges. After graduating, Drew landed a gig as a host for a local station in Virginia Beach. He then made the move to Atlanta where he won a coveted spot at Hot 107.9, the same station where DJ Traci Steele's show airs. Drew was also the official DJ for Chris Brown's world tour and was also named one of VIBE Magazine's Top 100 DJs. In addition to his work as a DJ, and appearing on Love and Hip Hop: Atlanta, DJ Babey Drew is also opening a sneaker boutique in Atlanta. 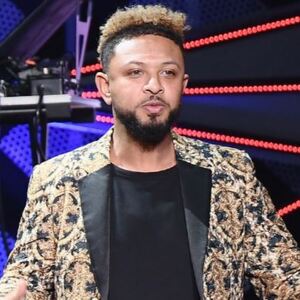