What is David Guetta's Net Worth?

David Guetta is a French house producer and DJ who has a net worth of $150 million. Guetta is one of the most well-known DJs in the world, and he is famous for a number of high-profile tracks. While Guetta has been dubbed "the grandfather of EDM," he has also collaborated with a number of pop musicians to create more mainstream music. David has experienced success around the globe, and he is especially popular in places like the United Kingdom and the United States. It is estimated that David Guetta earns approximately $30 million per year.

Pierre David Guetta was born on November 7th of 1967 in Paris, France. Raised in a Jewish household with Moroccan roots, Pierre became interested in music from an early age. His older half-brother Bernard Guetta is a renowned French journalist, while his older half-sister is Nathalie Guetta, a French actress.

David first got started as a DJ after spinning tunes at the Broad Club in Paris. At first, he was simply playing popular songs for people to dance to. Eventually, he discovered house music and fell in love with this new music genre. Over the next period, Guetta started hosting his own club nights, collaborating with local hip-hop artists. In the mid-90s, David started to come out with his own singles. "Up & Away" became his first club hit, and in 1994 he became the manager of Le Palace nightclub.

After gaining prominence for DJing in Ibiza, Guetta released his second album, "Guetta Blaster." This album contained another collaboration with Chris Willis entitled "Stay." In 2007, he released another album called "Pop Life," which became successful throughout Europe. To date, the album has sold over 500,000 copies. "Love is Gone" was one track that made the album especially successful. By 2009, David Guetta was widely recognized as one of the best DJs on the planet. During this period, he started hosting his own radio show on the station RauteMusik. 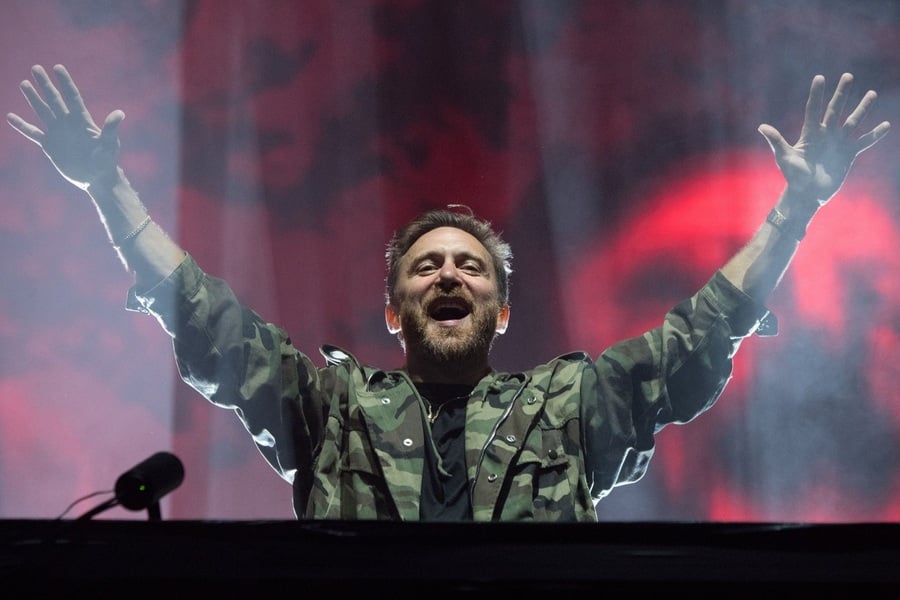 Although David was widely respected in the EDM community, it wasn't until the 2010s that he started to break through on an international level. This coincided with the release of his fourth album, "One Love." The track "When Love Takes Over" featured Kelly Rowland and topped the charts in many nations, including the United Kingdom. Another song entitled "Sexy Bitch" featured Akon and also topped the charts in the UK. More hits helped the album achieve triple platinum status worldwide. The album also received a Grammy nomination.

Over the next few years, Guetta collaborated with Kelly Rowland, The Black Eyed Peas, Kelis Rogers, Flo Rida, and many others. This helped David reach higher levels of prominence, especially within the United States. In 2011, he released the album "Nothing but the Beat." A documentary of the same name was later released that chronicled Guetta's rise to fame. David then established a new record label called Jack Back Records.

After touring with Rihanna, Guetta released the track "Shot Me Down" with singer Skylar Grey in 2014. After releasing his sixth album, "Listen," Guetta acted as the official music ambassador for UEFA Euro 2016, and he created the official song for the tournament entitled "This One's For You." After further collaborations with artists like Lil Wayne and Nicki Minaj, Guetta headlined Tomorrowland. In 2018, he announced the upcoming release of his seventh album, "7." He would later release a track from the album entitled "Don't Leave Me Alone," which featured British singer Anne-Marie.

Shout Out To His Family

David Guetta's first wife was Cathy Lobé, a nightclub manager whom he wed in 1992. Over the course of their relationship, they had two children together before divorcing in 2014. They had spent over 22 years together as a married couple. Neither Guetta nor Lobé showed up to the divorce hearing, and the exact cause of their divorce was never revealed. Eventually, Lobé suggested that Guetta simply wanted a change.

In 2012, it was confirmed that David Guetta had purchased a penthouse suite at Paraiso Bay in South Florida – a megaproject conducted by Related Group. Because he purchased the condo while the building was still being developed, he was able to create a custom-designed space made specifically for him. It was designed by a well-known Italian designer named Piero Lissoni, and it spans 2,387 square feet. Notable features include a floating staircase and floor-to-ceiling windows that provide panoramic views of Miami and the ocean. Even better, there's a 2,121-square-foot rooftop terrace that includes a lounge, a bar, and a plunge pool. In 2018, it was announced that David was leasing this property out for $18,000 per month.

In 2018, Guetta acquired a condo in Miami from a billionaire in New York. He paid $9.5 million for an apartment previously owned by Richard LeFrak, a real-estate magnate. Located on the 37th floor of the Setai Hotel & Residences building, the three-bedroom condo offers exceptional views of the Miami skyline and the ocean beyond. The building itself is quite luxurious, with three oceanfront swimming pools, a spa, immaculate gardens, and a gym. The 2,521-square-foot property only served as a vacation home for Guetta and he sought to rent it out when he wasn't using it. Depending on the time of year, David demands rental fees of $10,000 to $28,000 per week, or $25,000 to $50,000 per month. 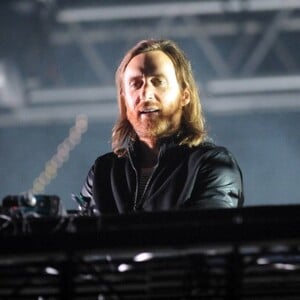