Danny Tenaglia Net Worth: Danny Tenaglia is an American DJ, record producer and remixer who has a net worth of $5 million. He was born on March 7, 1961 in Brooklyn, New York, where he also started his career in the early 70s. Tenaglia made his first gigs at such disco pubs as Roller Palace, Stix and Crisco Disco.

In 1985, he moved to Florida, Miami and became a resident DJ at Cheers. However, he decided to get back to New York five years later to work on remixes. After few years of experimenting in the field, Tenaglia finally reached a mainstream success in 1993 with a remix of The Daou's "Surrender Yourself". Subsequently, he released three compilations titled "Mix This Pussy" (1994), "Can Your Pussy Do The Dog? (1995) and "Gag Me With A Tune"(1996). As for his artistic debut, he made it with the album "Hard & Soul", released in 1995 under Tribal Records. Tenaglia's succeeding discographies include "Can Your Pussy Do the Dog?", "Gag me with a Tune", "Tourism", "Back To Mine", "Back to Basics", "Choice – A Collection Of Classics" and "Futurism". He also released a UK based Global Underground series of DJ mixes titled "Athens" in 2000 and then "London" in 2002. Throughout his extensive career, Tenaglia had a chance to collaborate with Cher, Bette Middler, Blondie and Pet Shop Boys among others. Also, he received nominations for a Grammy, as well as he was named Best Remix and Best International DJ at the UK Music Awards in 2000, and received the Dancestar Lifetime Achievement award in 2002. To date, he continues to perform in clubs and tours extensively entertaining the party people with his beats. 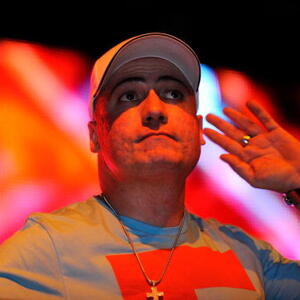