How much is Clinton Sparks Worth?

Clinton Sparks net worth: Clinton Sparks is an American DJ, record producer, songwriter, and radio personality who has a net worth of $8 million. Clinton Sparks was born in Boston, Massachusetts in September 1974. He has also been a rapper and dancer and started out by making remixes and mixtapes which got him a job hosting radio shows in Boston, Baltimore, and Hartford as well as on Sirius XM's Shade 45. Sparks hosted the worldwide syndicated show SmashTime Radio and also hosts Get Familiar Radio on Dash Radio which he is also the Vice President of Business Development for. Clinton Sparks was nominated for a Grammy Award for producing Lady Gag's Born This Way in 2012 and he won a BMI songwriting award for writing "Shut It Down" by Pitbull. He has written and/or produced songs for artists including Akon, 2 Chainz, Ludacris, Lil Uzi Vert, Ty Dolla Sign, Big Sean, and more. Sparks released his album Maybe You Been Brainwashed in 2005. He co-founded the mixtape database MixUnit.com and has been a correspondent for E! News and The Daily 10. 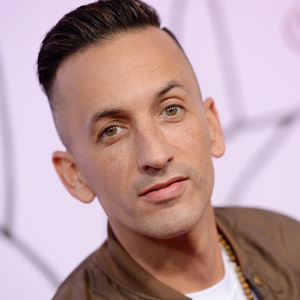