Chris Russo net worth and salary: Chris Russo is an American sports radio personality who has a net worth of $20 million. Chris Russo was born in Syosset, New York in October 1959. He is known as "Mad Dog" and is the former co-host of the sports radio show Mike and the Mad Dog with Mike Francesa on WFAN in New York City. Prior to joining WFAN, Chris worked for a station in Orlando for three years and for a different New York station for another three years. While he was in Florida, listeners reportedly had trouble understanding his thick accent and quick way of speaking. When he joined WFAN in 1988, he was an overnight and weekend host. He soon caught the ear of radio legend Don Imus who brought Chris in to be his sports reporter. Imus eventually helped Chris get his own weekend show on WFAN that aired on Saturday mornings. When weekday drive time host Pete Franklin's contract was not renewed, WFAN paired Chris with Mike Francesa to launch "Mike and the Mad Dog" on September 5, 1989. The Mike and the Mad Dog show ran until 2009, when Chris decided he wanted to do something else. Mike and Chris also reportedly hated each other.

Today Russo has his own station on Sirius XM Radio called Mad Dog Radio and hosts the afternoon show Mad Dog Unleashed. In 2011, he signed a 5-year contract with Sirius worth $5 million per year, $15 million total. He re-signed a similar 3-year contract in 2013 and another in 2016. He also started hosting a baseball show called High Heat on MLB Network in 2013. Outside of radio, Chris has also authored the books The Mad Dog 100: The Greatest Sports Arguments of All Time and The Mad Dog Hall of Fame: The Ultimate Top-Ten Rankings of the Best in Sports. 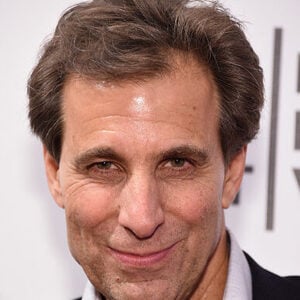