Chris Rose net worth and salary: Chris Rose is an American sportscaster who has a net worth of $3 million. Chris Rose was born in Shaker Heights, Ohio in January 1971. He graduated from Miami University in Ohio in 1993 and was a station manager at the student radio station WMSR.

He has hosted The Best Damn Sports Show Period on Fox Sports Net. In 2007 he became a play by play announcer for the NFL on Fox. Rose did Gamebreaks for NFL coverage. He has hosted the Fox Saturday Baseball pregame show and has called games for the MLB on FOX and has also served as a field reporter. He was hired by the MLB Network in 2010 and started co-hosting Intentional Talk with Kevin Millar. Rose was hired by the NFL Network in 2012 and serves as a studio host. He has also appeared in the movies Mr. 3000 and Flood Streets. 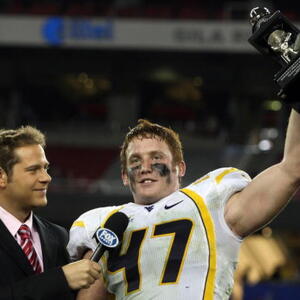