The Chemical Brothers Net Worth

The Chemical Brothers net worth: The Chemical Brothers are a British electronic music duo who have a net worth of $22 million. In addition to their net worth, their success in the field of electronic music is obvious due to their huge level of influence in the field. Tom Rowlands and Ed Simons first began making music under the name The Dust Brothers in 1992. As DJs, they ran into what must be a somewhat familiar problem: They found themselves running out of hip hop tracks to play during shows. So, in a somewhat unique solution, they began recording their own tracks, which eventually led to the formation of their own record label called Diamond Records. After finding some success in several tours, they decided to change their name to The Chemical Brothers. Their debut album hit the shelves in 1995. It's called Exit Planet Dust, a meaningful title to those familiar with their former stage name. After several more successful albums, The Chemical Brothers branched into the world of film soundtracks in 2011 with their original score to the action thriller Hanna. The film introduced many moviegoers to The Chemical Brothers for the first time. Their career in live shows is as exciting as their recorded music, with some calling them "one of the few truly arena-sized electronic acts." 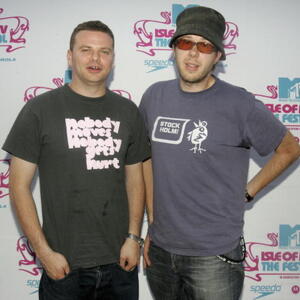