What is Charlie Sloth's Net Worth?

Charlie Sloth is an English musician, actor, and TV personality who has a net worth of $30 million. Charlie Sloth is best known for hosting the nighttime BBC radio programs "The Rap Show" and "The 8th." In his most famous radio segment, "Fire in the Booth," he invites various hip hop MCs to perform freestyle beats in his studio. Among his other ventures, Sloth curates playlists for Apple Music.

In 2016 budding entrepreneurs Charlie Morgan and Jackson Quinn launched an alcohol brand called Au Vodka. They started with a production of 2,000 bottles that were distributed to bars and restaurants in their home town of Swansea, Wales. Within a few years they brought Charlie Sloth on as an investor and brand ambassador. Today the brand reportedly produces 35,000 bottles per day in a half dozen flavors, which can be bought in more than 40 countries and 32 American states. In 2022 the Times of London estimated that Charlie Morgan and Jackson were each worth $50 million thanks to their equity stakes in Au Vodka.

Charlie Sloth was born as Ian Rouillon on August 20, 1981 in the London Borough of Camden, England to Ian Sr. and Sharon. As a youth, he went to Haverstock School.

Sloth rose to national fame as a radio DJ on BBC Radio 1 and BBC Radio 1Xtra. From 2012 to 2017, he hosted the daily drive-time show, and after that began hosting his new late-night program "The 8th." The show was notable for featuring explicit content not typically present on BBC Radio 1, including profanity and graphic conversations about sexual matters. Sloth's other major program was "The Rap Show," which broadcast on Saturday nights. The show included his most famous segment, "Fire in the Booth," which featured various hip hop MCs coming to record freestyle beats in his studio. Among the hundreds of artists to stop by were Akala, Lowkey, Tinie Tempah, Migos, Drake, and Bugzy Malone. Throughout the segment, Sloth would bang on the glass of the booth and reload tracks in the background.

Sloth announced his departure from BBC Radio 1 at the beginning of October in 2018, with his last show planned for early November. However, the station forced him to bow out early after he stormed the stage at the Audio and Production Awards, profanely ranting against his defeat by artist Edith Bowman. Booed off the stage, Sloth later apologized for the incident. 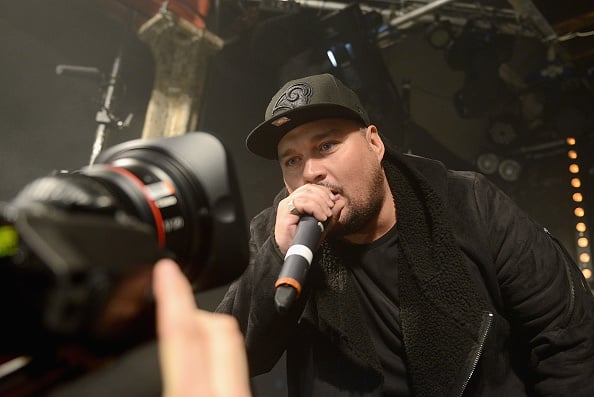 After leaving BBC Radio 1, Sloth joined Apple Music and its radio station Beats 1. To the station, he brought over "The Rap Show" and his popular segment "Fire in the Booth." Sloth also curates playlists for Apple Music.

Sloth has released a number of mixtapes throughout his career, starting with "The Big Boot" in 2004. Subsequent titles include "Secret Society," "Hard Being Good," "The Black Book," and "Hood Heat Vol. 1 and 2." In 2017, Sloth released his debut studio album, "The Plug." Boasting 22 tracks, it features appearances by a range of artists, including Giggs, Ace Hood, Jadakiss, Sean Kingston, and Stormzy.

In his other ventures, Sloth had a weekly online video series entitled "Being Charlie Sloth" that ran for 59 episodes on WorldStarHipHop.com. A few years after that, in the summer of 2020, he signed a partnership deal with Jay Z's Roc Nation brand. Sloth juggles a number of other projects, as well, including the premium vodka brand AU Vodka, of which he is a partial owner, and his own record label and publishing company, Grimey Limey.

In 2007, Sloth won Most Original Video at Canada's CraveFest Awards for his music video "Guided Tour of Camden." The next year, he won Best Rap/Hip-Hop/R&B Unsigned Artist.