Caroline D'Amore net worth: Caroline D'Amore is an American actress, songwriter, DJ, and former model who has a net worth of $2 million. She is currently in the production phase of her television series, DJ Diaries with Caroline D'Amore, which followers her and other top DJs around the world and gives an exclusive look at the life of a DJ.

D'Amore also has an EDM radio show on Skee 247 called Heartbeatz that is now syndicated all over the world in countries like Mexico, Lebanon, Honduras, France, Cyprus, Guatemala, Kenya, Australia, Brazil, Namibia, Columbia and others. D'Amore was born on July 9, 1984 in Los Angeles and moved to New York City at the age of 17 to pursue a modeling career. Caroline D'Amore may seem like any other Malibu socialite, but having her sister come out to her that she was gay at the age of 15, and the passing of her mother, who died of AIDS-related complications from a blood transfusion when she was very young, keep this globetrotting music lover pretty grounded. She started her DJ career while opening for Will.I.AM at the MTV Music Awards in Japan and now has residency at the Hard Rock Hotel in Las Vegas. She has also DJ'd at Playhouse Hollywood, Bagatelle Hollywood, The Bank Bellagio, Spin Music Festival (in Hawaii and Alaska), Set Miami, Sunset Junction, La Forte Tokyo, China Doll Beijing, Nicky Beach Egypt, Rehab Pool, Chateau, and Body English. She was also recently added to the line up of DJs for Electro Beach in Puerto Vallarta and the Bounce Music Festival. She has appeared on several magazine covers like Teen Vogue, Santa Barbara Magazine, Seventeen, Cosmo Girl, Flaunt and Nylon and has worked with several high-profile designers. D'Amore married Bobby Alt, who is an actor and a producer, in 2012 in a ceremony in Malibu, California 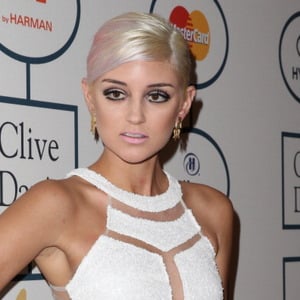