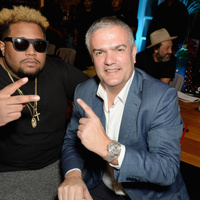 Carnage net worth: Carnage is an American DJ and record producer who has a net worth of $8 million. Carnage was born in Los Angeles, California in January 1991. He released his debut studio album Papi Gordo in 2015 on Ultra records. The album reached #1 on the Dance/Electronic and Heatseekers charts. It also reached #15 on the Independent chart and #184 on the Billboard 200 chart. Carnage's single "I Like Tuh" (featuring ILoveMakonnen) reached #29 on the US Billboard Twitter Top Tracks chart. His single "November Skies" (featuring Tomas Barfod and Nina Kinert" reached #36 on the US Dance/Mix Show Airplay chart. Carnage has also collaborated with or remixed songs by several artists including G-Eazy, Lil Uzi Vert, ASAP Ferg, Lil Yachty, Hardwell, and Avicii. From 2014 to 2016 he was named to DJ Mag's Top 100 DJs. Carnage plays piano, guitar, and synthesizer and his styles include hip hop, trap, electro house, and more.