Carl Cox Net Worth: Carl Cox is a British DJ and music producer who has a net worth of $16 million dollars. Carl Cox was born in Oldham, Greater Manchester, England, in July of 1962. Cox started working as a DJ when he was 15 years old. He became a rave DJ during the 1980s and landed gigs at dozens of venues, including Sterns Nightclub, Sir Henry's, The Hacienda and The Eclipse.

Cox also worked raves for a variety of companies, including Dreamscape and NASA. He is the head of two record labels: 23rd Century Records and Intec Records, which he founded in 1999. Cox used to host shows on Kiss FM and a live BBC Radio One broadcast called "Essential Mix" every month in the late '90s. Cox has put together four albums and more than a dozen singles, including "I Want You (Forever)" which reached number 23 on the U.K. charts and "Two Paintings And A Drum", which climbed to number 24. His radio show "Global" has more than 16 million listeners around the world and is broadcast on more than 60 radio stations in 35 different nations. As of 2014, Cox is touring the world, making appearances at Space Ibiza and in Rome, Serbia and Amsterdam. 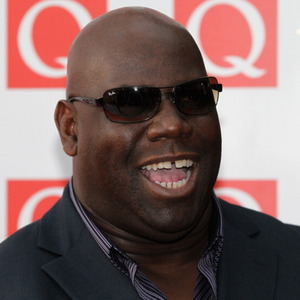