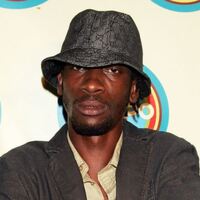 Bounty Killer net worth: Bounty Killer is a Jamaican reggae and dancehall DJ who has a net worth of $1 million. Bounty Killer was born in Kingston, Jamaica in June 1972. He founded the dancehall collective The Alliance along with deejay Mavado and Vybz Kartel. Bounty Killer released his debut studio album Roots, Reality & Culture in 1994. He has also released the albums Jamaica's Most Wanted in 1994, Guns Out in 1994, Face to Face in 1994, Down in the Ghetto in 1994, No Argument in 1995, My Xperience in 1996, Ghetto Gramma in 1997, Next Millennium in 1998, 5th Element in 1999, Ghetto Dictionary – The Mystery in 2002, Ghetto Dictionary – The Art of War in 2002, and Nah No Mercy in 2006. His most successful single is "Hey Baby" by No Doubt which reached #5 on the Billboard Hot 100 chart. Bounty Killer has collaborated with other artists including Fugees, Mobb Deep, Swizz Beatz, Jay-Z, Rihanna, Beenie Man, and more.