Bobby Bones Net Worth and Salary?

Bobby Bones is an American radio personality who has a net worth of $7 million dollars. Bobby Bones, also known as Bobby Estelle, was born in Hot Springs, Arkansas, and began working in radio when he was 17 years old while attending Henderson State University. He went on to graduate with a degree in Radio and Television.

He began his professional radio career in Arkansas, and then relocated to Austin, Texas. In Austin, he began hosting "The Bobby Bones Show" on 96.7 KISS FM. Clear Channel, the parent company for his show, subsequently moved him to Nashville, Tennessee, and began broadcasting the show nationwide.

It went into syndication in early 2013. He is now the top country music DJ in the country.

In addition to his own show, he also serves as a co-host on Fox Sports Radio with tennis pro, Andy Roddick. When not on the radio, he has served as a guest host on "Live! With Kelly Ripa", appeared on "Headline News", served as a correspondent on CNN, and has also acted in various projects, including the movie, "Bandslam". He is popular on social media, and has a large following on Twitter and Facebook. 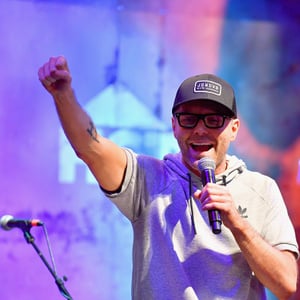