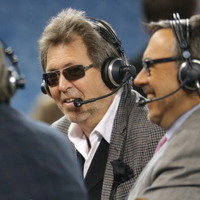 Bob McCown Net Worth and salary: Bob McCown is a Canadian sports talk show personality who has a net worth of $3.5 million. Born Robert Alan McCown on May 21, 1952, in Columbus, Ohio, he is the host of Prime Time Sports, a late afternoon radio talk show. Much regarded for his signature broadcasting style and dry wit, McCown became the original host of the sports radio talk show Prime Time Sports back in 1989. The show, which is broadcast from the Toronto and is syndicated nationally in Canada, has grown along with McCown's popularity. Often referred to by the nickname The Bobcat, he helped the radio talk show be simulcast on television on Rogers Sportsnet in 2004, and then assisted its online live stream availability on the FAN590 website.