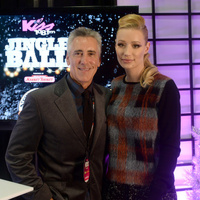 Billy Costa net worth and salary: Billy Costa is an American radio and television host who has a net worth of $4 million. Billy Costa was born in Cambridge, Massachusetts in December 1951. He is best known in the Boston area. Costa started out working as a disc jockey at a nightclub and then joined the radio station WERS. He also worked at WBOS and then he joined WXKS-FM or Kiss 108. He has hosted a lifestyle and entertainment segment and the Top 30 Countdown. On weekday mornings he co-hosts Matty in the Morning. Billy Costa has also hosted the television series TV Diner on NECN. He went on to host the TV series Dining Playbook with Jenny Johnson on NESN. Billy Costa was nominated for an Emmy Award for his work on Evening Magazine. He won a Children's Television Award for his kids' talk show Rap Around. He graduated from Emerson College with an English degree.