Big Boy net worth and salary: Big Boy is an American radio host who has a net worth of $8 million. Big Boy was born in Chicago, Illinois in September 1969. He started off as a bodyguard for the musical group The Pharcyde. He was later offered a hosting position at Power 106. The radio station placed billboards of his almost naked 500 plus pound body throughout the Greater Los Angeles Area. Big Boy hosted the morning show at L.A. radio station KPWR Power 106 from 1997 to 2015. He now works at REAL 92.3 In 2003 Big Boy had duodenal switch surgery which caused him to lose more than 250 pounds and was nearly fatal. He is a four time Personality of the Year from the Radio Music Awards. Big Boy won the Marconi Award in 2002 and 2004. He has appeared in the movies The Players Club, Deuce Bigalow: Male Gigolo, 3 Strikes, Malibu's Most Wanted, Charlie's Angels: Full Throttle, The Longest Yard, and Battlefield America. Big Boy starred as Aquarius in the television series Fastlane from 2002 to 2003 and has appeared in episodes of the TV series The Jamie Foxx Show and Entourage.

Big Boy's contract: In March 2015, Big Boy signed a three-year $10.5 million contract with iHeartMedia. The contract gave  him an annual $200,000 video production budget, four weeks of vacation plus the use of a private jet for domestic travel (including Hawaii). Furthermore, iHeart agreed to spend $1 million annually on marketing costs related to the show. When word leaked out about the deal, his former employer Emmis Radio LLC, filed an injunction hoping to prevent the new contract from being signed. Emmis, which had been paying Big Boy $1.45 million per year, claimed it should have been allowed to match the offer, which they attempted to do. A judge ultimately ruled against Emmis. 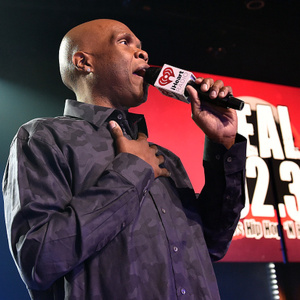