Bert Weiss net worth: Bert Weiss is an American radio personality who has a net worth of $2 million. Bert Weiss got his started at a country radio station in San Diego, California as a promotions department and research assistant. Weiss is the host of the Bert Show which is an Atlanta-based syndicated radio morning show.

Weiss is very open about his personal life on the radio and has talked about his vasectomy in 2007 and whether or not he had a drinking problem. In January 2015 he announced that he will be getting a divorce from his long-time wife Stacey. Bert and Stacey run a nonprofit organization called Bert's Big Adventure that takes children with chronic and terminal illnesses to Disney World. 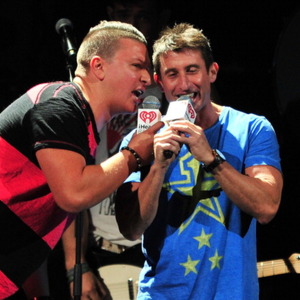