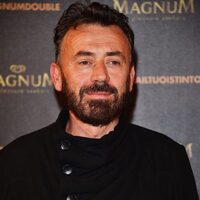 Benny Benassi Net Worth: Benny Benassi is an Italian DJ and a record producer who has a net worth of $16 million. Benny Benassi has accumulated his net worth as a DJ, through his record producing with electro house, as founder of the record label Pump-kin music, as well as his many hit videos. Born Marco "Benny" Benassi on July 13, 1967, in Milano, Italy, he made a name for himself with his 2002 summer club hit, Satisfaction. Raised in Reggio Emilia, DJ/producer Benassi first started DJing together with his cousin Alle Benassi in the late 1980s. In the mid nineties, they moved to the Off Limits production studio, where the two still work together. After Benassi was propelled into his star-spangled career with hits like Satisfaction and Loneliness, he has headlined performances at countless festivals worldwide including Ultra Music Festival, Coachella, Electric Daisy Carnival, Movement and UV Nation, among others. He continued to make dozens of new hits with a perfect mixture of electro, techno and house dosed with minimalist flair. As his career flourished a string of high-profile remixes and collaborations followed with the likes of Madonna, Kelis and David Bowie, among which the most notable is Beautiful People with Chris Brown. At the time, Benassi also started broadcasting the one-hour long The Benny Benassi Show on Sirius XM Radio's channel Area. In his more than a decade-long career, Benassi has fetched numerous recognitions and accolades, the most noteworthy being the Grammy that he picked up for his exceptional rework of Public Enemy and the Grammy Skrillex for his remix of Benny's masterpiece 'Cinema' feat Gary Go.