How much is Armin Van Buuren Worth?

Armin Van Buuren net worth: Armin Van Buuren has a net worth of $55 million. Armin van Buuren is a Dutch DJ and record producer who has been recognized as one of the top modern DJs by "DJ Mag" on multiple occasions and is one of the only electronic artists to ever have been nominated for a Grammy Award.

Early Life: Armin Jozef Jacobus Daniel van Buuren was born on December 25, 1976 in Leiden, the Netherlands. He spent his childhood in Koudekerk aan den Rijn. From a young age he was interested in music and started developing an interest in French electronic music especially. He was inspired by French artist Jean-Michel Jarre, as well as the Dutch DJ Remixer Ben Liebrand.

In 1995, van Buuren graduated high school, having attended Stedelijk Gymnasium Leiden. He then enrolled at Leiden University to study law. While at university, he began working as a DJ in local clubs, playing multiple sets a week at Club Nexus.

Career: After gaining some skills and popularity working at Club Nexus, van Buuren released "EP" and "Push" on Timeless Records in 1996 and then experienced his first success with a tracked called "Blue Fear" in 1997. Two years later, his track "Communicator" became popular in Ibiza, Spain during the summer. The track also became popular in the UK, entering the UK Singles Chart at No. 18 in 2000.

In 1999, van Buuren started his label, Armind, with United Recordings. In 2000, he began his own compilation series which was a mix of progression house and vocal trance styles of music. His first album, "A State of Trance," was well-received and included collaborations with Tiesto and Ferry Corsten. His track with Corsten entitled "out of the Blue" reached Gold status.

In 2000, he released his second album entitled "Basic Instinct." This album featured the track "Perpetuous Dreamer" which eventually made it to No. 1 on the Hot Dance Music/Club Play chart. He released his third album, "In Motion," in 2001 and then a fourth, "Transparence," in 2002. In 2002 and 2003, he embarked on a global tour with artist DJ Seth Alan Fannin and played shows to crowds of 20,000 fans, in addiiton to his own shows in the United States and Ibiza, Spain. By October of 2002, "DJ Mag" had voted van Buuren as the number 5 DJ  in the world.

Much of van Buuren's notoriety came from his music but also due to his popular radio program. In March of 2001, van Buuren had started his own radio show on ID&T Radio. The show, called "A State of Trance," premiered on a weekly basis and was two hours long. It featured the latest trance music tracks. In 2004, van Buuren moved the show to Fresh FM and then again to SLAM!FM. The show still plays on Radio 538, XM Satellite Radio, and DI.FM. 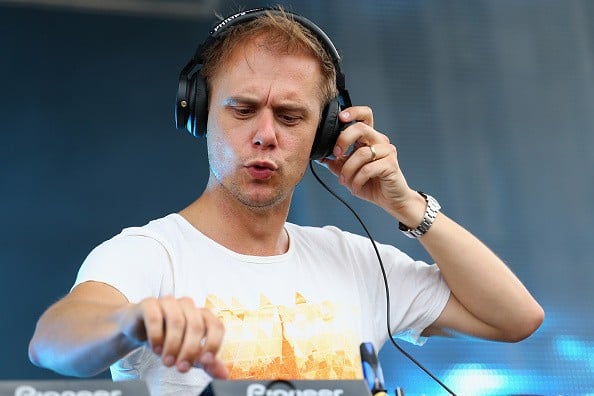 In 2002, van Buuren celebrated the 100th episode of "A State of Trance" by releasing his debut studio album called "76." This album was 76 minutes long and divided into 13 tracks. A few years later, in 2005, van Buuren released his second studio album entitled "Shivers." This album featured a number of collaborations with artists like Nadia Ali, Justine Suissa, and Gabriel & Dresden. The following year, in 2006, "DJ Mag" named him the number 2 DJ in the world.

In 2007, "DJ Mag" declared van Buuren to be the top DJ in the world. In January of 2008, he was awarded the "Buma Cultuur Pop Award," which is the most prestigious Dutch music award. That same year, he released his third studio album called "Imagine."  The album debuted at no. 1 on the Dutch Albums Chart. One of the singles from the album, "In and Out of Love" has since spawned a music video that has been viewed over 240 million times on YouTube. His success in 2008 again earned him the spot of top DJ by "DJ Mag."

In 2010, he was awarded the Golden Harp award to acknowledge his contribution to Dutch music. He also celebrated the 450th show of "A State of Trance" be performing at five shows with multiple artists in Europe and North America. He released his fourth studio album, "Mirage," in September of 2010. In October, he won the award for Most Popular International DJ by the Golden Gnomes.

Van Buuren has continued celebrating every major anniversary of "A State of Trance," typically by performing at large shows or festivals. He also released his fifth and sixth studio albums in 2013 and 2015, respectively. He also received a Grammy Award nomination for the single, "This is What it Feels Like," making him one of the only electronic artists to ever receive a Grammy nomination.

Personal Life: Van Buuren had put his law studies on hold once his music career began to take off. However, in 2003, he returned to school and finished his law degree.

In 2009, van Buuren married Erika van Thiel. The couple had a daughter, Fenna, together in July of 2011. Just hours before van Buuren as meant to headline a major show at the Tomorrowland festival in 2013, he announced to fans that his wife had given birth to their son, Remy.

Fans were able to learn more about van Buuren's family history in 2018 after he appeared on the Dutch version of "Who Do You Think You Are," in which celebrities explore their genealogy and family history. 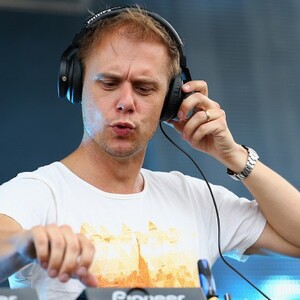