Andrew Taggart net worth: Andrew Taggart is an American musician and DJ who has a net worth of $80 million. He is best known for being one half of the duo The Chainsmokers along with Alex Pall.

Andrew Taggart was born in Freeport, Maine in December 1989. The Chainsmokers formed in 2012 as a DJ and production duo. Their debut studio album Memories…Do Not Open was released in 2017 and reached #1 in the US and Canada. It also reached #2 in Belgium and Norway, #3 in the UK and Sweden, and #4 in Australia and New Zealand. They released the EP Bouquet in 2015 which reached #2 on the US Dance chart, and the EP Collage in 2016 which reached #1 on the US Dance chart and #6 on the Billboard 200 chart. The Chainsmokers have had #1 hits with the singles "#Selfie", "Roses" (featuring Rozes), "Don't Let Me Down" (featuring Daya), "Closer" (featuring Halsey), "Paris", and "Something Just Like This" (with Coldplay). They released their second studio album Sick Boy" in 2018.

Outside of music Andrew Taggart and Alex Paul are the largest non-founding investors in the alcohol company JaJa Tequila. 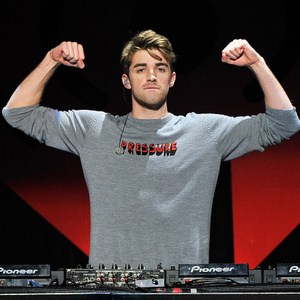