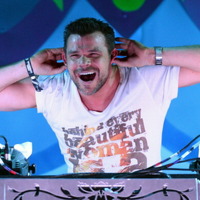 Andre Tanneberger net worth and salary: Andre Tanneberger is a German DJ, musician, and producer who has a net worth of $12 million. Andre Tanneberger was born in Freiberg, Saxony, Germany, and was first inspired to try to create dance music after hanging out a local club every weekend listening to their DJ. He began experimenting in 1992, and released his first singles as part of the electronic music group, Sequential One, throughout the early 90s. The group's popularity grew over the next few years, but they ultimately disbanded in 1999. He then began working on his solo project, ATB. His first single, "9 pm (Till I Come)", from his debut album, "Movin' Melodies", was a massive hit, and is widely recognized as the first Trance #1. Since then, he has released seven more albums, including "Two Worlds", "Dedicated", "Addicted to Music", "No Silence", "Trilogy", "Future Memories", and "Distant Earth". He tours regularly.