Wyatt Cenac net worth: Wyatt Cenac is an American stand-up comedian, writer, and actor who has a net worth of $400 thousand. Wyatt Cenac was born in New York City, New York in April 1976. He worked as a writer for the television series The Daily Show with Jon Stewart from 2008 to 2011.

Cenac also wrote for and worked as a story editor for the TV series King of the Hill. As an actor he provided voice work for the series King of the Hill and Fanboy & Chum Chum. Cenac has starred in the movies Medicine for Melancholy, Sleepwalk with Me, Hits, and Growing Up and Other Lies. One of his best known roles came as a correspondent for The Daily Show with Jon Stewart from 2008 to 2014. Cenac has won three Primetime Emmy Awards and a Writers Guild of American Award for The Daily Show. Starting in 2018, Wyatt Cenac began starring in his own HBO docuseries "Wyatt Cenac's Problem Areas". 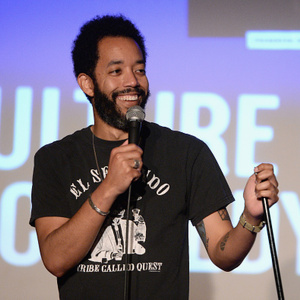