Wendy Liebman Net Worth: Wendy Liebman is an American stand-up comedian who has a net worth of $500 thousand dollars. Wendy Liebman was born in Manhasset, New York in February 1961. She graduated from Wellesley College and did psychology research at Harvard Medical School. She started performing stand-up comedy in the Boston, MA area in 1984.

Wendy won the American Comedy Award in 1997 for Female Stand-Up Comedian of the Year. She has appeared on various programs including The Tonight Show, The Larry Sanders Show, Jimmy Kimmel Life, Late Night with Jimmy Fallon, the Late Show with David Letterman, and The Late Late Show with Craig Ferguson. Her Showtime special Wendy Liebman: Taller on TV debuted in 2012. She is perhaps best known as being a contestant on the 2014 season of America's Got Talent. Liebman was eliminated in the quarter-finals of the competition but brought back by Howard Stern as his wild card, only to be eliminated in the semifinals. Wendy is married to TV writer and producer Jeffrey Sherman and has two sons from a former marriage. 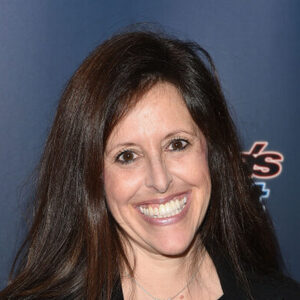