Wayne Brady Net Worth and Salary: Wayne Brady is an American actor, comedian, singer, and television personality who has a net worth of $12 million. Brady is best known for his work as a regular on the American version of the improvisational comedy series "Whose Line Is It Anyway?" (1998–2007, 2013–present), which he also produces. Wayne wrote, produced, and starred on ABC's "The Wayne Brady Show," a variety show, then a talk show, from 2001 to 2004. Even though the show was canceled, Brady's popularity has rapidly grown thanks to his amiable, down-to-earth persona and everyman attitude.

Early Life: Wayne Brady was born Wayne Alphonso Brady on June 2, 1972, in Columbus, Georgia. His mother, Linda, worked at a hospital, and his father, Wayne, was a drill sergeant in the Army; since his father was overseas and his mother was just 17 at the time of his birth, Wayne was sent to Orlando, Florida, to live with his paternal grandmother, Valerie, who he refers to as "Mom." Bullied during his youth, Brady's anxiety caused him to develop a stutter. He attended Dr. Phillips High School, graduating in 1989, and he was good friends with future *NSYNC member Joey Fatone. Though he was planning to join the military, Wayne began performing in local theatrical productions at age 16 and honed his improv skills at SAK Comedy Lab. He began attending the University of Miami in 1990, and he moved to Los Angeles in 1996.

Career: Brady made his television debut on a 1990 episode of "Superboy," and three years later, he guest-starred on "I'll Fly Away" and "In the Heat of the Night." From 1996 to 1999, he appeared on "Kwik Witz," an improvised sketch comedy competition, and in 1998, he was featured on three episodes of the British/original version of "Whose Line Is It Anyway?" That year, the American version launched, and Wayne became a regular performer on the Drew Carey-hosted series, along with Ryan Stiles and Colin Mochrie. Brady's performance on the show earned him three Emmy nominations, and the third time was the charm – he took home the award in 2003. He stayed on the show until it ended in 2007, then returned for the 2013 revival, which airs on The CW and is hosted by Aisha Tyler.

In 2009, Wayne started hosting "Let's Make a Deal, which has earned him more than a dozen Daytime Emmy nominations, and he co-hosted the NAACP Image Awards with Holly Robinson Peete in 2011. In 2012, he appeared on the improv comedy series "Trust Us with Your Life," and he voiced Clover the Rabbit on the Disney channel series "Sofia the First" from 2013 to 2018. Brady landed a recurring role on the USA network's "Colony" in 2018, and that year, he also began appearing as Dr. Reese Buckingham on the soap opera "The Bold and the Beautiful." He won "The Masked Singer" in 2019, and in 2020, he portrayed Tyson Sykes / Gravedigger on The CW's "Black Lightning." In November 2020, it was announced that Wayne will host and produce the Fox variety show "Game Of Talents." 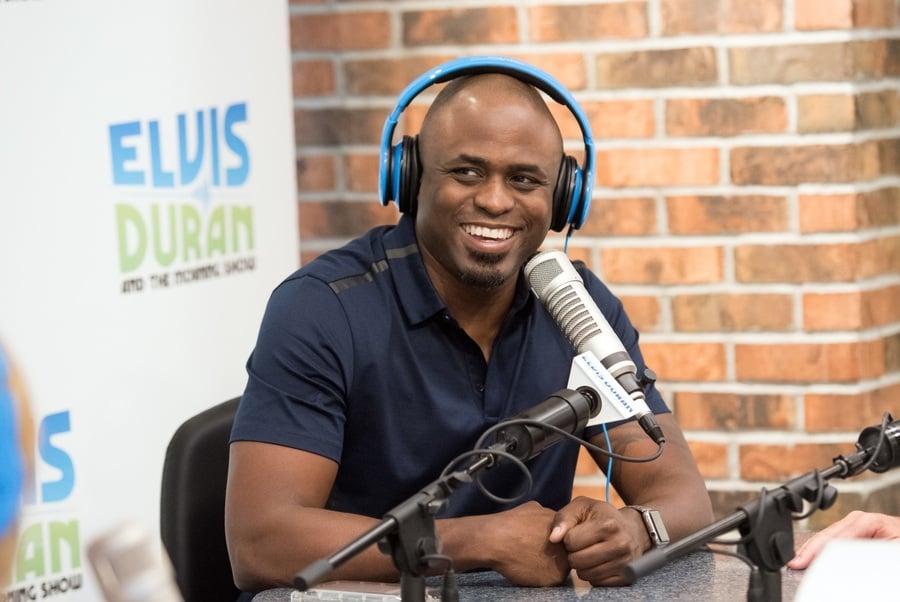 Personal Life: Wayne was married to Diana Lasso from December 31, 1993, to September 21, 1995. He then wed dancer Mandie Taketa on April 3, 1999, and they welcomed daughter Maile Masako on February 3, 2003. Brady and Taketa divorced in April 2008. Wayne has been open about his battle with clinical depression, saying that he suffered a mental breakdown on his 42nd birthday. Brady has been a supporter of the Ronald McDonald House Charities for more than a decade, and he's a member of the Friends of RMHC, the organization's celebrity board. In 2020, the Phi Beta Sigma fraternity made Wayne an honorary member, along with actor/director/screenwriter Bill Duke.

Awards and Nominations: In 2003, Brady won a Primetime Emmy for Outstanding Individual Performance in a Variety or Music Program for "Whose Line Is It Anyway?" as well as his first Daytime Emmy for Outstanding Talk Show Host for "The Wayne Brady Show." He has been nominated for 19 Daytime Emmys as of this writing, also winning Outstanding Talk Show Host in 2004, Outstanding Original Song for "30,000 Reasons to Love Me" (an improvised rap he performed on "Let's Make a Deal") in 2014, and Outstanding Game Show Host for "Let's Make a Deal" in 2018. In 2009, Wayne earned a Grammy nomination for Best Traditional R&B Vocal Performance for "A Change is Gonna Come," and he has also received nominations from the Behind the Voice Actors Awards, NAACP Image Awards, and NAMIC Vision Awards. 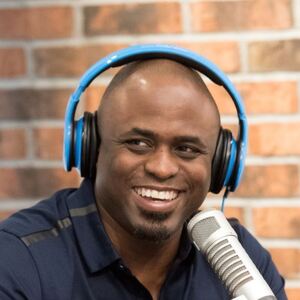