What is Wanda Sykes' Net Worth and Salary?

Wanda Sykes was born Wanda Yvette Sykes on March 7, 1964, in Portsmouth, Virginia. Her mother, Marion, was a banker, and her father, Harry, was a U.S. Army colonel working for the Pentagon. When Wanda was in third grade, the family relocated to Maryland, and after she graduated from Arundel High School, she enrolled at Virginia's Hampton University. Sykes joined the Alpha Kappa Alpha sorority and graduated with a bachelor of science degree in marketing. Her first job after college was a five-year stint at the National Security Agency, where she worked as a contracting specialist.

While working at the NSA, Wanda began performing stand-up comedy around Washington, DC, starting with the Coors Light Super Talent Showcase in 1987. In 1992, she left the NSA and decided to move to New York City, and that year, she appeared on the television show "An Evening at the Improv." A few years after moving to NYC, Wanda served as Chris Rock's opening act at Caroline's Comedy Club, and he gave her a writing job on "The Chris Rock Show." She appeared on the series as well, and the same year, she also began writing for "The Keenen Ivory Wayans Show." Wanda made her film debut in 1998's "Tomorrow Night" and soon appeared in "Nutty Professor II: The Klumps" (2000), "Down to Earth" (2001), and "Pootie Tang" (2001) and guest-starred on "The Drew Carey Show" (2001). In 2001, Sykes began appearing as herself on "Curb Your Enthusiasm" (2001–2011), and two years later, she got her own show on Fox, "Wanda at Large," which was followed by Comedy Central's "Wanda Does It" in 2004. 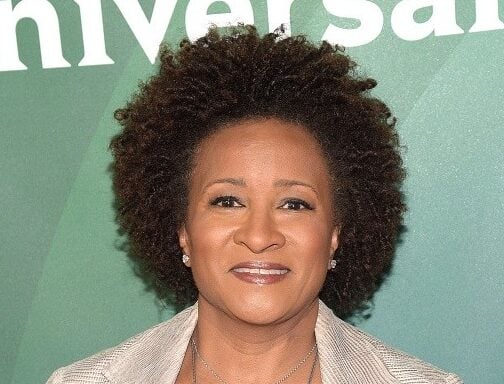 In 2013, Sykes began playing Democratic Senator Rosalyn DuPeche on Amazon's "Alpha House," and she also guest-starred as herself on "Real Husbands of Hollywood" and voiced a school counselor on "The Simpsons." In 2015, she was cast as Daphne Lido on ABC's "Black-ish," and as of this writing, she has appeared on 16 episodes. Wanda also had a recurring role on Comedy Central's "Broad City" from 2017 to 2019 and portrayed Moms Mabley on Amazon's "The Marvelous Mrs. Maisel" in 2019. In 2018, she joined the writing staff of "Roseanne" but left the show because of Roseanne Barr's racist tweets about Valerie Jarrett. In recent years, Sykes has appeared in the films "Bad Moms" (2016), "Snatched" (2017), "A Bad Moms Christmas" (2017), and "Jexi" (2019) as well as the Quibi series "Mapleworth Murders" (2020) and the HBO Max animated series "Tig n' Seek." Wanda also co-starred with Allison Janney, Mila Kunis, and Regina Hall in the film "Breaking News in Yuba County."

Wanda married record producer Dave Hall in 1991, and they divorced in 1998. Sykes came out as a lesbian during a Las Vegas same-sex marriage rally in November 2008. She married French businesswoman Alex Niedbalski on October 25, 2008, and they welcomed fraternal twins Lucas and Olivia on April 27, 2009. Wanda didn't reveal her homosexuality to her parents until she was 40, and they had a hard time accepting it. Sykes and her parents were estranged after they refused to attend her wedding, but they later reconciled. In 2011, Wanda had breast reduction surgery, and lab work revealed that she had ductal carcinoma in situ (DCIS), a type of "stage zero breast cancer." She decided to undergo a bilateral mastectomy, in part because there is a history of breast cancer in her family.

Sykes is a vocal supporter of LGBTQ rights and has hosted fundraisers and events in support of same-sex marriage. She hosted the GLAAD (Gay and Lesbian Alliance Against Defamation) Media Awards in 2018, and has supported The Trevor Project, The True Colors Fund, and the Ruth Ellis Center. Wanda is also passionate about animal welfare and helped PETA (People for the Ethical Treatment of Animals) promote anti-chaining legislation in Virginia, writing to the Portsmouth City Council that "dogs who are forced to live at the end of a chain — often with inadequate or no shelter at all — suffer from loneliness, frustration and distress."

Sykes has been nominated for 14 Primetime Emmys, winning Outstanding Writing for a Variety or Music Program for "The Chris Rock Show" in 1999. In 2001, she was named Funniest Female Stand-Up Comic at the American Comedy Awards, and in 2010, the GLAAD Media Awards honored her with the Stephen F. Kolzak Award. In 2005, Wanda won a BET Comedy Award for Outstanding Supporting Actress in a Theatrical Film for "Monster-in-Law," and she received an Activism in the Arts honor at the 2015 Triumph Awards. In 2014, she won a Gracie Allen Award for Outstanding Special or Variety Show for "Wanda Sykes Presents Herlarious" and the New York Women in Film & Television presented her with a Muse Award. Sykes has also earned nominations from the Black Reel Awards, Gold Derby Awards, NAACP Image Awards, Online Film & Television Association, People's Choice Awards, Satellite Awards, and Teen Choice Awards. 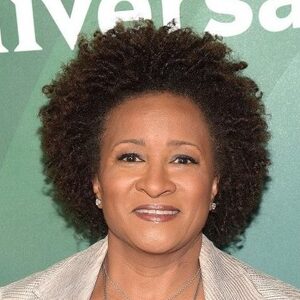