W. C. Fields net worth: W. C. Fields was an American comedian, actor, writer, and juggler who had a net worth equal to $10 million at the time of his death (after adjusting for inflation). W. C. Fields was born in Darby, Pennsylvania in January 1880 and passed away in December 1946. He started his career in vaudeville and became popular as a silent juggler. He became a featured comedian in the Ziegfeld Follies and starred on Broadway in Poppy. Fields starred in several films including Pool Sharks, It's the Old Army Game, So's Your Old Man, Running Wild, Her Majesty, Love, If I Had a Million, The Barber Shop, Alice in Wonderland, David Copperfield, Man on the Flying Trapeze, You Can't Cheat an Honest Man, and many more. Fields received two stars on the Hollywood Walk of Fame in 1960 for Radio at 6316 Hollywood Blvd. and for Motion Picture at 7004 Hollywood Blvd. W. C. Fields passed away on December 25, 1946 at 66 years old from an alcohol-related gastric hemorrhage.

"I spent half my money on gambling, alcohol and wild women. The other half I wasted." – W. C. Fields 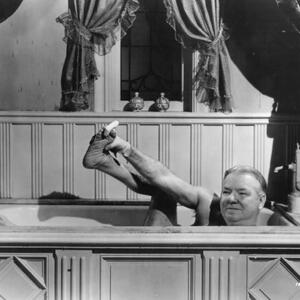