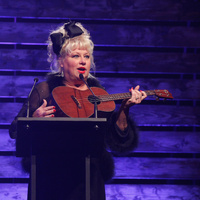 Victoria Jackson net worth: Victoria Jackson is an American comedian, actress, singer, and internet blogger who has a net worth of $500 thousand. Victoria Jackson was born in Miami, Florida in August 1959. Jackson is best known for being a cast member on the NBC television series Saturday Night Live from 1986 to 1992. In 1985 she starred as Annie O'Hara in the TV series Half Nelson. From 1992 to 1994 she voiced the role of Penelope on the television series Garfield and Friends. Jackson starred in the TV series Strip Mall as Patty from 2000 to 2001. From 2003 to 2004 she starred as Mrs. Rogers in the series Romeo!. Jackson has also starred in films and played the role of Teri in the 1989 movie UHF. She also is a stand-up comedian. Jackson is involved in politics and is an active participant in the Tea Party movement and a vocal critic of President Barack Obama. Jackson got her break on The Tonight Show Starring Johnny Carson when she did a handstand reciting poetry. She would go on to appear on the show 20 times. She has impersonated celebrities such as Cyndi Lauper, La Toya Jackson, Rob Lowe, Roseanne Barr, Zsa Zsa Gabor, and Sally Struthers. In 2012 she authored the book Is My Bow Too Big? How I went from Saturday Night Live to the Tea Party.