Victor Borge Net Worth: Victor Borge was a Danish comedian, conductor, and pianist who had a net worth of $10 million. Victor Borge was born in Copenhagen, Denmark in January 1909 and passed away in December 2000. Borge achieved great success in Europe and the United States. He blended comedy and music and earned nicknames including "The Great Dane", "The Clown Prince of Denmark", and "The Unmelancholy Dane".

At eight years old Victor gave his first piano recital. He was awarded a full scholarship at the Royal Danish Academy of Music. Borge worked as a classical concert pianist before starting his stand-up act blending piano music with jokes. He escaped a Nazi occupied Denmark and moved to the United States not speaking a word of English. He started on the radio and won Best New Radio Performer of the Year in 1942. Starting in 1946 he hosted The Victor Borge Show on NBC. Borge released many albums and starred in films including his latest The King of Comedy in 1983. He also authored three books including his autobiography and founded the American Pianists Association. Victor Borge passed away on December 23, 2000 at 91 years old. 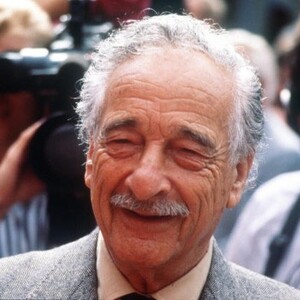