What Is Vanessa Bayer's Net Worth and Salary?

She has also lent her voice to the animated projects "Despicable Me 2" (2013), "The Awesomes" (2015), and "The Simpsons" (2017). In July 2021, it was announced that Bayer and fellow "SNL" alum Molly Shannon would be starring in the Showtime comedy series "I Love This For You." Vanessa co-created the series and will also serve as an executive producer.

Vanessa Bayer was born Vanessa Polster Bayer on November 14, 1981, in Orange, Ohio. She grew up in a Reform Jewish household with mother Carolyn, father Todd, and brother Jonah. Jonah is a musician and music journalist, and he and Vanessa co-host the "How Did We Get Weird?" podcast; they also co-created the web series " Sound Advice." Bayer was diagnosed with acute lymphoblastic leukemia when she was 15 years old, and the Make-A-Wish Foundation sent Vanessa and her family on a trip to Hawaii. In 2016, Bayer spoke to "People" magazine about her battle with leukemia, stating, "I wasn't really that scared. My dad is a really funny guy, and we would make jokes about my leukemia. When my friends would come over we would joke about it too. It's sort of messed up out of context, but it put everybody at ease. Being sick is the reason I went into comedy." Vanessa attended Orange High School and missed the end of her freshman year due to her cancer treatments. She graduated in 2000, then she majored in French and communication at the University of Pennsylvania, earning her degree in 2004. As a college student, Bayer landed internships on "Late Night with Conan O'Brien" and "Sesame Street," and she joined the sketch comedy troupe Bloomers.

Vanessa trained at The Second City, ImprovOlympic, and the Annoyance Theatre in Chicago. She appeared in "Jewsical: The Musical" at The Second City, and she trained with her future "SNL" castmate Paul Brittain at ImprovOlympic. Bayer made her onscreen acting debut in the 2009 film "Off the Cuff," which was filmed in Chicago, then she appeared in the 2010 short film "Stages of Emily." In 2010, she became a featured player on "Saturday Night Live," and she was promoted to a full-fledged cast member for the 2012–2013 season. During her time on the show, Vanessa was known for characters such as Jacob the Bar Mitzvah Boy and child actress Laura Parsons as well as her impersonation of Miley Cyrus. Bayer appeared in more than 140 episodes by the time she left the show in 2017. While starring in "SNL," she appeared in the films "Adventures in the Sin Bin" (2012) and "Carrie Pilby" (2016), guest-starred on "The Mindy Project" (2013), "Comedy Bang! Bang!" (2014), "Man Seeking Woman" (2015), and "Modern Family" (2016), and had a recurring voice role as Dr. Jill Stein-Awesome-Kaplan on "The Awesomes" (2015), which was created by former "SNL" head writer/"Weekend Update" anchor Seth Meyers. 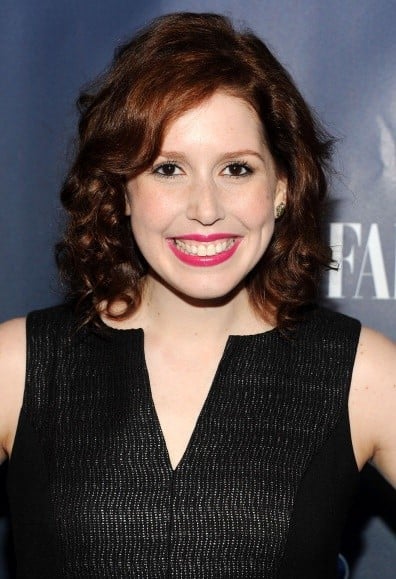 In 2015, Vanessa co-starred with Amy Schumer and "SNL" alum Bill Hader in the Judd Apatow-directed film "Trainwreck," which grossed $140.8 million against a $35 million budget. She then starred in "Office Christmas Party" alongside Jason Bateman and Jennifer Aniston, and that film was also a hit, bringing in $114.5 million at the box office. Bayer appeared in three episodes of "Drunk History" between 2016 and 2019, portraying Carrie Nation, Mary Gillespie, and Martha the Mouth, and in 2017, she co-starred with Jack Black in the biographical comedy film "The Polka King." From 2018 to 2020, she guest-starred in six episodes of "Will & Grace," and from 2019 to 2020, she appeared in three episodes of "Single Parents" as the ex-wife of Will Cooper, who was played by her former "SNL" castmate Taran Killam. Vanessa appeared in the 2018 Netflix film "Ibiza," then she guest-starred on "What We Do in the Shadows" (2019), "I Think You Should Leave with Tim Robinson" (2019), "Helpsters" (2019), and "Shrill" (2020). In 2020, she had a recurring role as Officer Debbie Fogle on "Brooklyn Nine-Nine," and the following year, she reunited with former "SNL" castmate Kristen Wiig in "Barb and Star Go to Vista Del Mar." In January 2022, it was announced that Bayer would be voicing Tweedle Do on the Disney+ computer-animated series "Alice's Wonderland Bakery."

Vanessa's experience with leukemia inspired her to get involved with the Make-A-Wish Foundation as an adult, and she hosted the 2015 Evening of Wishes Dinner to help raise money for the organization. She said of her work with the charity, "It was an overwhelming feeling to be able to give back to an organization that helped me through such a difficult time. To contribute in any way to granting more kids a wish experience as joyful and uplifting as mine was just amazing. Plus, having my family and my wish granter at the gala made the whole evening feel very full-circle." In 2019, Bayer published the book "How Do You Care for a Very Sick Bear?," which is described as "a sweet picture book with advice for children—and adults—for dealing with a sick friend." 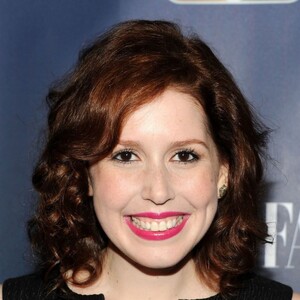