What is Trey Parker's Net Worth?

Trey Parker is an American writer, producer, director, composer, animator and actor. Trey Parker has a net worth of $600 million. Trey and his college friend and classmate Matt Stone are the co-creators of the Comedy Central smash hit franchise property "South Park," which began airing in 1997.

Parker voices numerous characters on "South Park," including Stan Marsh and Eric Cartman, and he voiced several characters in "Team America: World Police" and Balthazar Bratt in 2017's "Despicable Me 3." He also played Alferd Packer in "Cannibal! The Musical," Joe Young in "Orgazmo," and Joe Cooper in "BASEketball," and he appeared in the films "Run Ronnie Run!" (2002) and "Tales from the Crapper" (2004).

Trey Parker was born Randolph Severn Parker III on October 19, 1969, in Conifer, Colorado. Trey grew up with father Randy (a geologist), mother Sharon (an insurance saleswoman), and older sister Shelley. Randy, Sharon, and Shelley later became the names of Stan Marsh's family on "South Park," and Randy had a small role as Judge Jerry in "Cannibal! The Musical." Parker took honors classes and loved Monty Python, and as a sixth grader, he performed a sketch he wrote, "The Dentist," in the school talent show. The amount of fake blood in the sketch resulted in the school calling Trey's parents, and he remembers that "the kindergartners were all crying and freaking out." Parker started making short films at age 14, and during his later teenage years, he was interested in pursuing a music career and recorded the comedy album "Immature: A Collection of Love Ballads For The '80's Man" with David Goodman, who later wrote for "South Park" and served as a "fart coach" on the 1998 episode "Terrance and Phillip in Not Without My Anus."

When Trey was 14, he performed in community theatre productions of "Flower Drum Song" and "The Best Little Whorehouse in Texas" and designed sets for "Little Shop of Horrors." Parker attended Evergreen High School, and by his senior year, he "had the lead in all the plays, and was the head of choir, and then [he] was prom king." After graduating in 1988, he enrolled at Berklee College of Music, and after one semester, he transferred to the University of Colorado at Boulder, where he met Matt Stone in a film class. Trey's first film was 1989's "Giant Beavers of Southern Sri Lanka," and around this time, he began co-writing and co-starring in short films with Matt, such as "Man on Mars" and "First Date." In 1993, Parker's short film "American History" earned him a Student Academy Award.

In 1992, Parker and Stone founded the Avenging Conscience production company with Jason McHugh and Ian Hardin, and they made the short film "Jesus vs. Frosty" (which is also known as "The Spirit of Christmas," along with their 1995 short "Jesus vs. Santa") using construction paper cutouts. The short marks the first appearance of the boys who would become Stan Marsh, Kyle Broflovski, Kenny McCormick, and Eric Cartman. Matt, Trey, Jason, and Ian made a trailer for "Alferd Packer: The Musical," a film that did not exist, and it was so popular among their fellow students that the chairman of the school's film department convinced them to make it into a movie. Fueled by heartbreak after being cheated on by his fiancée, Liane Adamo, Parker threw himself into making the film, which he worked on as a writer, director, producer, composer, and actor. Later retitled "Cannibal! The Musical" after it was sold to Troma Entertainment, the film tells the story of Alferd Packer (also known as "The Colorado Cannibal"), who is abandoned by his horse Liane during a mining expedition to Colorado Territory.

Parker and Stone moved to Hollywood and got an agent, lawyer, and script deal, but they spent the next few years struggling. Trey wrote, directed, and produced "Orgazmo," which premiered at the Toronto International Film Festival in 1997; October Films bought the rights to the superhero sex comedy for $1 million. After producer Brian Graden saw "Jesus vs. Frosty," he asked Parker and Stone to create a video greeting card for him to send to his friends; the result was "Jesus vs. Santa," and it led to Comedy Central executive Doug Herzog asking the duo to develop it into a series. They made the pilot for $300,000, and due to Comedy Central's marketing of the show, the network made approximately $30 million in t-shirt sales before the show began airing. As of this writing, "South Park" has aired more than 300 episodes over 23 seasons and spawned the movie "South Park: Bigger, Longer & Uncut" (which grossed $83.1 million at the box office), the albums "Chef Aid: The South Park Album" (1998) and "Mr. Hankey's Christmas Classics" (1999), and several video games. 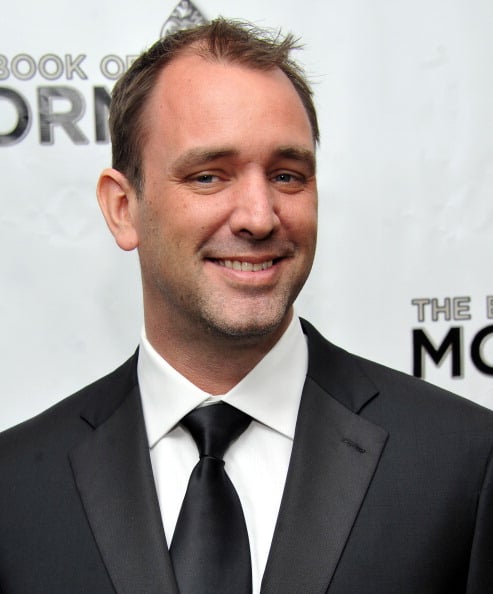 In 2002, Matt and Trey began working on the R-rated puppet film "Team America: World Police," which they co-wrote and co-produced; Parker directed the film, and wrote most of its songs. Both men agreed that making "Team America" was "the hardest thing [they'd] ever done," with Stone stating, "It was the worst time of my entire life – I never want to see a puppet again." During the production of "Team America," Matt and Trey began working on "The Book of Mormon" with writer-composer Robert Lopez, who co-created "Avenue Q." The musical opened on Broadway on March 24, 2011, with Andrew Rannells and Josh Gad in the lead roles and earned 14 Tony nominations. In 2013, Parker and Stone announced that they were launching the production studio Important Studios, saying, "Having worked with several different studios over the years, we came to realize that our favorite people in the world are ourselves." In 2017, Trey lent his voice to the blockbuster film "Despicable Me 3," which grossed $1.035 billion worldwide. During the Covid-19 pandemic, Parker and Stone released two "South Park" specials, "The Pandemic Special" (2020) and "South ParQ Vaccination Special" (2021).

Back in 2007, Matt and Trey's Comedy Central contract was up for renewal. When the ink was dry, the duo landed a new deal that is considered unprecedented in Hollywood. The deal allowed them to create a digital hub for everything related to South Park, including streaming episodes. Most importantly though, it gave them a 50% cut of all ad revenue generated by the show, digital or broadcast. As a result of this unheard of contract, Parker and Stone earn an estimated $25-30 million per year EACH just from the broadcast of the show on Comedy Central. They also get a 50% cut any time the show is sold into syndication, like in 2015 when Hulu paid $198 million for the streaming rights or in 2019 when South Park's streaming rights were put on the market for $500 million. Each transaction earned the duo a 50% cut (25% each).

How were they able to land such a sweet deal? It all stems back to a loophole in their very first Comedy Central contract from 1997. Back then, no one could have imagined that the digital rights to a property could ever become valuable. Well, no one except Matt, Trey, and an extremely forward-thinking lawyer. That lawyer included a clause in the original contract which stated that the creators would receive a 50% cut of any revenue generated apart from the actual show's television broadcast. For around twenty years, that clause was essentially worthless. That all changed with the advent of YouTube and other video streaming platforms.

Viacom briefly attempted to argue their way out of the clause, but in the end, Parker and Stone were successful in not only owning a 50% cut of non-broadcast revenue but also in having the right to distribute the show digitally as they saw fit. Once they saw their show being pirated non-stop on YouTube, Matt and Trey decided it would be pointless to fight the pirates, so they put every single episode online for free, earning millions from the digital ad revenue. They really started to cash in with the advent of streaming services like Hulu. When Hulu paid $192 million for 4 years of rights to the back catalogue, Matt and Trey each earned around $50 million. At the time, is was the largest streaming deal in history. In 2019 when the deal was up, HBO Max obtained exclusive streaming rights in a deal that was rumored to be worth $500 million-$550 million.

On August 5, 2021 it was revealed that Matt and Trey had signed a new six-year, $900 million contract with ViacomCBS. Under the deal Matt and Trey will produce six seasons of the show and 14 movies which will be exclusive to streaming service Paramount+.

Viacom/Comedy Central was smarter when it came to merchandise rights. From the show's inception, Viacom has had a lion's share of merchandise rights, reportedly as high as 90%. That might have been re-negotiated in recent contracts, but the current terms have not been discussed publicly. 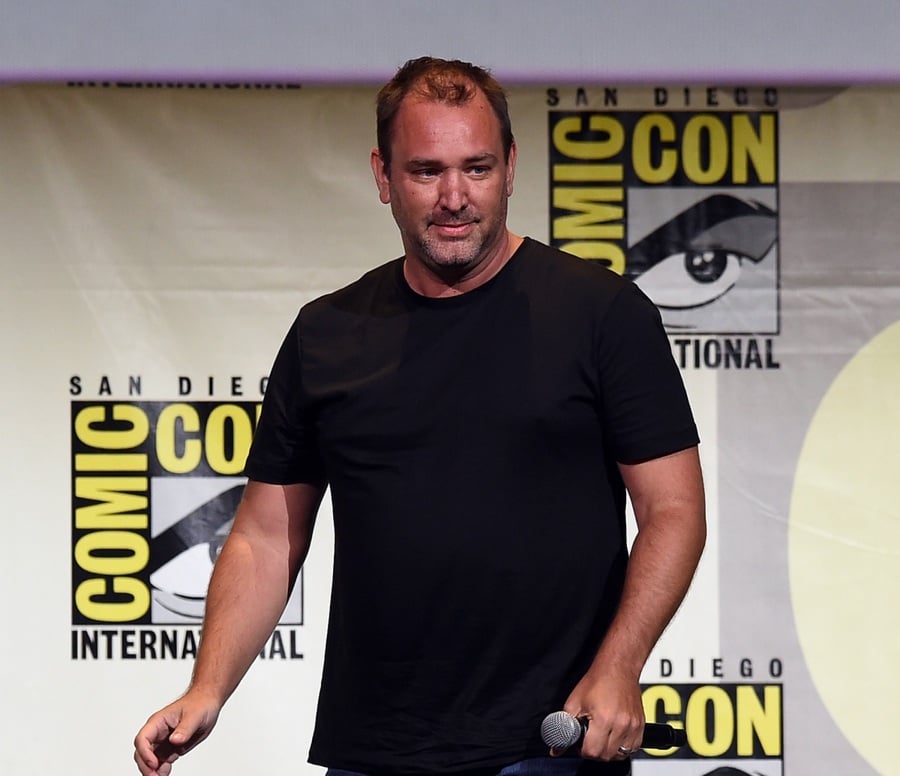 Trey married Emma Sugiyama in January 2006, and producer Norman Lear served as the wedding officiant. The couple divorced in 2008, and Parker went on to wed Boogie Tillmon in April 2014, becoming stepfather to her son Kobe. In 2013, Trey and Boogie welcomed daughter Betty, who has voiced Ike Broflovski and the PC Babies on "South Park." Parker and Tillmon separated in February 2019, and Trey filed for divorce the following month, requesting joint legal and physical custody of Betty. Parker and Stone are known for poking fun at religion in their work, and Trey has said "All the religions are super funny to me… The story of Jesus makes no sense to me. God sent His only Son. Why could God only have one son and why would He have to die? It's just bad writing, really. And it's really terrible in about the second act."

Trey is famous for owning an impressive portfolio of properties around the world. In April 2019, fresh off filing for divorce from Boogie, he spent $6.2 million on a mansion in the Brentwood neighborhood of Los Angeles. A year earlier, he spent $3.1 million on a condo in Manhattan. He already owned a seven-bedroom unit next door that he bought in 2011 for $4 million. In 2016, Parker sold a longtime home in Venice, California, for $4.3 million. Other properties include a riverfront mansion in Kauai, Hawaii, a condo in Seattle, several homes in the Hollywood Hills, a 10,000 square-foot mansion in a different part of L.A. (purchased in 2011 for $14 million), and a large compound in Steamboat Springs, Colorado. 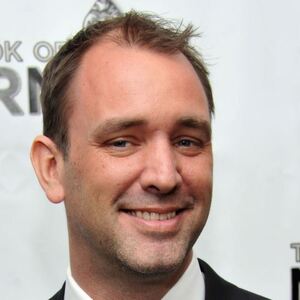