What is Tracy Morgan's Net Worth and Salary?

Tracy Morgan was born Tracy Jamel Morgan on November 10, 1968, in The Bronx, New York. His mother, Alicia, was a homemaker, and his father, Jimmy, was a musician, Vietnam veteran, and recovering heroin addict who left his wife and five children when Tracy was 6 years old. Morgan grew up in Bedford Stuyvesant's Tompkins Houses and was bullied during his youth. He studied at DeWitt Clinton High School, and in 1985, during his sophomore year, Tracy discovered that his father had contracted AIDS as a result of hypodermic needle use. Jimmy's condition worsened in 1987, and Tracy, who had recently gotten married, dropped out of school to take care of him. Jimmy passed away in November of that year, and Morgan briefly sold crack to support his new wife and her two young children. Morgan's best friend told him he should be doing comedy, and after this friend was murdered, Tracy took his advice and began performing on the streets, eventually becoming a successful stand-up comic.

Morgan made his television debut in 1994, playing Hustle Man on Fox's "Martin." He appeared on seven episodes over the next two years, then graced the big screen for the first time in 1996's "A Thin Line Between Love and Hate." That year, Tracy also joined the cast of NBC's "Saturday Night Live," creating memorable characters such as Brian Fellows and Astronaut Jones. He appeared in 137 episodes over seven seasons and returned as a host in March 2009 and October 2015. While Morgan was an "SNL" cast member, he filmed several movies, including "Half Baked" (1998), "How High" (2001), "Jay and Silent Bob Strike Back" (2001), and "Head of State" (2003), and voiced Spoonie Luv on Comedy Central's "Crank Yankers" (2002–2005). From 2003 to 2004, he produced and starred in "The Tracy Morgan Show," then he co-starred with Tina Fey, Alec Baldwin, and Jane Krakowski on the Emmy-winning NBC sitcom "30 Rock" from 2006 to 2013. The show ran for 138 episodes, and the cast reunited for a special episode during the Coronavirus pandemic in in July 2020.


On June 7, 2014, Tracy was involved in a collision in New Jersey in which a Walmart tractor-trailer rear-ended a minibus that Tracy and several comedians were riding in after a show. Morgan's friend and mentor James McNair died in the crash, and Tracy suffered a brain injury, broken nose, broken leg, and broken ribs. Morgan was in a medically-induced coma for two weeks and had surgery on his leg the day after the accident. He was transferred to a rehabilitation center on June 20th and released on July 12th. Kevin Roper, the driver of the Walmart truck, had reportedly been awake for over 24 hours when the crash occurred, and he pleaded guilty to one count of vehicular homicide and four counts of aggravated assault in 2016.

Tracy sued Walmart in July 2014, and the lawsuit was settled for an undisclosed sum in May 2015. There are rumors that the settlement was $90 million, but Morgan's lawyer has denied it. Tracy was in a wheelchair for several months after the collision, but he has said that after seeing his 14-month-old daughter take her first steps, "That inspired me to get out of my wheelchair and I took my first steps." 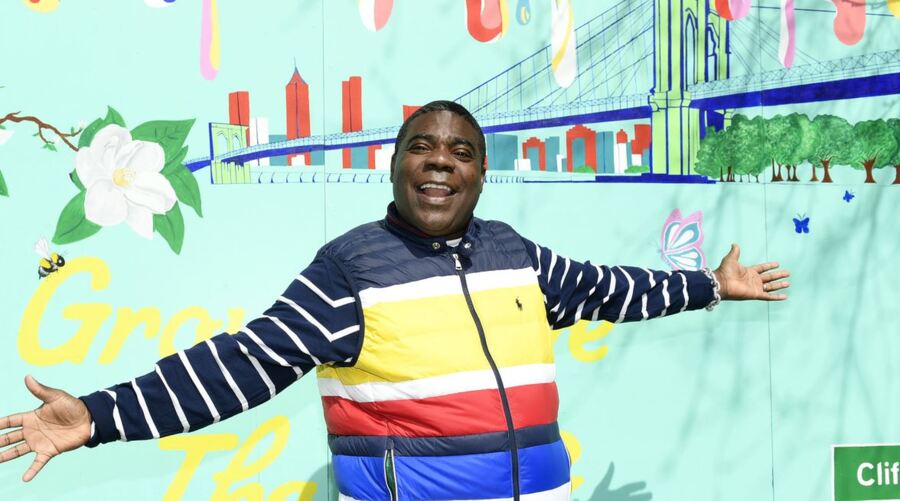 Tracy was married to his high school sweetheart, Sabina, from 1987 to 2009. They welcomed son Tracy Jr. in 1992, and Morgan formally adopted Sabina's sons from previous relationships, Gitrid and Malcolm. Sadly, Sabina died of cancer in 2016. Tracy went on to marry model Megan Wollover on August 23, 2015, and they had one daughter, Maven (born July 2, 2013), together before Tracy filed for divorce in July 2020. Morgan's struggles with alcohol abuse led to his divorce from Sabina as well as a New York misdemeanor drunken driving charge and a Los Angeles DUI charge. Tracy was diagnosed with diabetes in 1996, and he had a kidney transplant in 2010.

In 2009, Morgan was nominated for his first Primetime Emmy, Outstanding Supporting Actor in a Comedy Series for "30 Rock," and in 2016, "Saturday Night Live" earned him an Outstanding Guest Actor in a Comedy Series nomination. He won a Golden Nymph award (from the Monte-Carlo TV Festival) and a NAMIC Vision Award for "30 Rock" in 2010, and Tracy and the cast of "The Boxtrolls" shared a Behind the Voice Feature Film Voice Acting Award in 2015. He has also been nominated for three Black Reel Awards for Television, ten NAACP Image Awards, and three Online Film & Television Association awards, and he received a star on the Hollywood Walk of Fame in 2018. 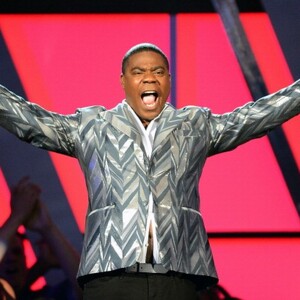