Tony T. Roberts net worth: Tony T. Roberts is an American comedian and actor who has a net worth of $3 million. Tony T. Roberts was born in Detroit, Michigan. He has appeared on many stand-up comedy specials including HBO's Def Comedy Jam, It's Showtime at the Apollo, and BET's ComicView.

As an actor Roberts starred as Tony the Tiger in the television series Mr. Box Office from 2012 to 2013. He has appeared in several films including Death of a Dynasty, A Get2Gether, Project 313, Gansgsta Rap: The Glockumentary, Speed Dating, and Meet the Blacks. Roberts made his stand-up debut in Royal Oak, Michigan. He has played several top stand-up clubs including Comedy Store, The Laugh Factory, and Fox Theatre. Roberts has been part of several comedy tours include the Russell Simmons Def Comedy Jam, the USO Tour, and the BET Comedy Tour. He has also appeared in Burger King commercials. 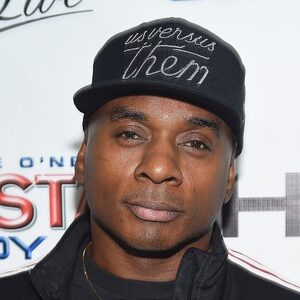