Tom Papa net worth: Tom Papa is an American comedian, actor, television and radio host, and writer who has a net worth of $3 million. Tom Papa was born in Passaic, New Jersey in November 1968. As an actor Papa has starred in the movies Analyze That, The Life Coach, The Informant!, Fudgy Wudgy Fudge Face, and Top Five.

He has also appeared in episodes of the TV series The Colin Quinn Show, Come to Papa, The New Adventures of Old Christine, Inside Amy Schumer, and The Knick. From 2010 to 2011 Papa wrote for the television series The Marriage Ref. He has recorded three stand-up specials for Comedy Central and has often appeared on The Tonight Show with Jay Leno. His stand-up career started in 1993 in New York City and he hosted at the Stand Up New York comedy club. Papa was handpicked by Jerry Seinfeld to perform on his tour. Papa hosts the radio show Come to Papa on Sirius/XM. 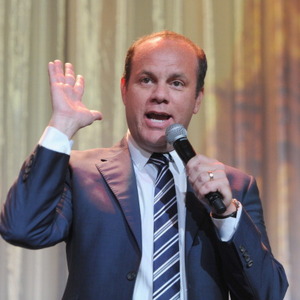