What is Tom Green's Net Worth and Salary?


Michael Thomas Green, better known as Tom Green, was born in Pembroke, Ontario, Canada, on July 30, 1971. His mother, Mary Jane, worked as a communications consultant, and his father, Richard Green, was a computer systems analyst as well as retired army captain. Due to his father's time in the army, Green grew up on a Canadian Army base near Pembroke, CFB Petawawa, as well as in Ottawa. He attended Colonel By Secondary School and Cairine Wilson Secondary School, before pursuing further education at Algonquin College, where he studied television broadcasting and graduated in 1994.

When he was just 15 years old, Green started performing stand-up comedy at local comedy clubs. The most notable of these venues was Yuk Yuk's comedy club. He continued to do so and book gigs for the next two and a half years, until one time he decided to cancel a booking in order to join his rap group on a trip to New York. This rap group was called Organized Rhyme, and he rapped under the alias "MC Bones". They experienced minor, short-lived success in the early 1990s when their single "Check The O.R." was nominated for a Juno Award in 1993, and actually won the MuchVibe Best Rap Video Award in 1992. Additionally, while he was a student at Algonquin College, Green hosted an overnight call-in show on the University of Ottawa campus station, OHUO. He joined forces with his friend Glenn Humplik, and together they hosted "The Midnight Caller Show", which was an underground hit around Ottawa.

In 1994, Green landed his own show, "The Tom Green Show". It was non-paid, and aired on public-access television on Rogers Television 22 in the Ottawa region. Each episode was an hour long with no commercials, and the show aired 50 episodes over the course of two seasons until 1996. It followed a variety show format, where Green would have guests visit and also invited bands to play before a live audience. Some pre-taped segments were also aired, usually involving Green playing pranks on people, often his own parents Richard and Mary Jane. Then, in October 1996, the show aired a one-time pilot on CBC. It was well received, and subsequently was picked up by The Comedy Network in Canada in 1997. With The Comedy Network, it aired 26 episodes over the course of two seasons. In January 1999, "The Tom Green Show" was picked up by MTV, and he started to gain popularity both in the United States and internationally in other countries. He co-wrote the show with Derek Harvie, and co-hosted the show with his two longtime friends, Glenn Humplik and Phil Giroux. He became particularly known for his own unique brand of shock humor, with controversial and/or shocking skits like pretending to hump a dead moose or drinking milk directly by sucking a cow's teat featuring on the show. 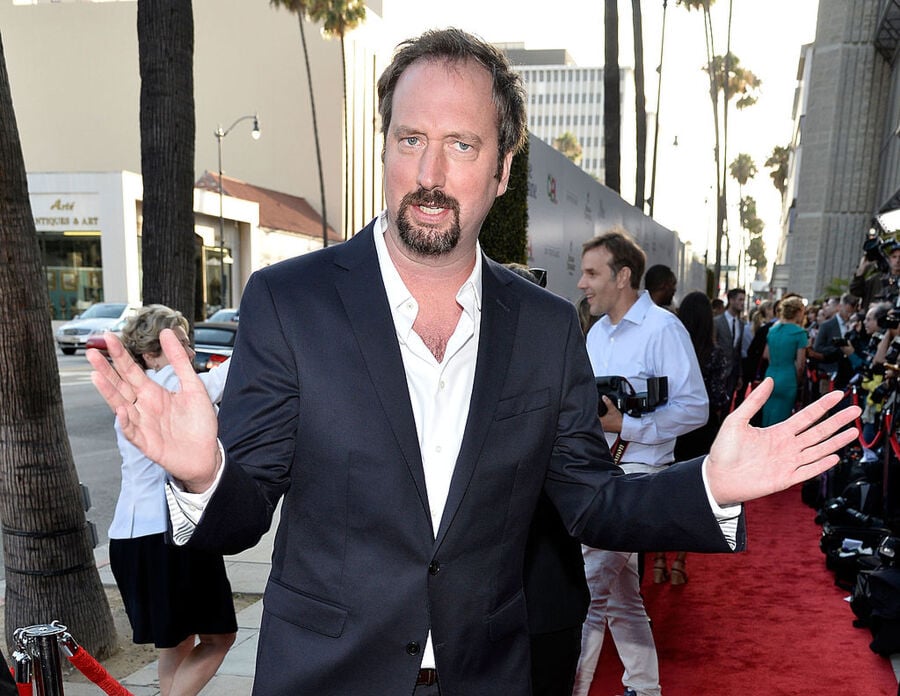 His increasing fame helped him land many other opportunities. For example, he was chosen for the cover of Rolling Stone magazine, for their June 8, 2000 issue. His diagnosis of testicular cancer in March 2000 led to "The Tom Green Show" going on hiatus, but he used the opportunity to work on other projects related to his diagnosis. He wrote, directed, and starred in the one-hour MTV special "The Tom Green Cancer Special" that aired on May 23, 2000. It documented his journey towards surgery, and received widespread acclaim for the more vulnerable side of him that it portrayed. He also became a vocal advocate for cancer awareness, starting the "Tom Green's Nuts Cancer Fund" to raise money for cancer research, as well as singing the song "Feel Your Balls" while at an event with thousands of University of Florida students, intended to educate people about testicular cancer.

After his cancer battle and recovery, Green went on to enjoy roles in several Hollywood movies, such as "Road Trip" (2000), "Charlie's Angels" (2000), "Freddy Got Fingered" (2001), and "Stealing Harvard" (2002). In addition to acting, he also wrote and directed "Freddy Got Fingered". That particular film was widely considered one of the worst movies of the year, and won awards in five different categories at the 2001 Golden Raspberry Awards (awards given to the worst movies). In mid-2003, MTV offered Green the opportunity for his own show again, called "The New Tom Green Show". The show only lasted for eleven weeks before it was cancelled due to low ratings. He has since continued on with his stand-up comedy performances, and has been involved in numerous other projects. Some of these include a return to rap music, releasing multiple albums; a return to television with appearances on reality shows like "The Celebrity Apprentice" and "Celebrity Big Brother"; and the audio podcast "Tom Green Radio".

In July 2000, Green became engaged to the actress Drew Barrymore. They had initially met after Barrymore invited Green to appear in the film "Charlie's Angels", which she produced as well as starred in. They got married in July 2001, filed for divorce in December 2001, and finalized their divorce in October 2002. 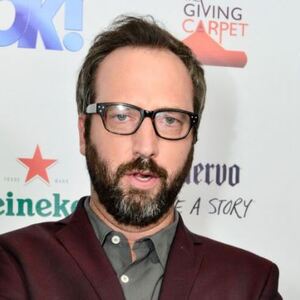