Todd Glass net worth: Todd Glass is an American stand-up comedian who has a net worth of $1.5 million. Todd Glass was born in Philadelphia, Pennsylvania in December 1964. He started performing stand-up comedy in 1982 while in high school. He is perhaps best known for appearing on the NBC reality television series Last Comic Standing in Seasons 2 and 3.

His debut album Vintage Todd Glass and Other Crap was released in 2001. Glass also released the albums Thin Pig in 2009 and "Todd Glass Talks About Stuff" in 2013. In 2014 he released his autobiography The Todd Glass Situation: A Bunch of Lies about My Personal Life and a Bunch of True Stories about My 30-Year Career in Stand-Up Comedy. He collapsed backstage in 2010 after suffering a heart attack. In 2012 Glass came out publically as gay. In the 1990s he appeared in episodes of the TV series Married with Children, Home Improvement, Cybill, and Friends. Glass has also appeared on the TV series Jimmy Kimmel Live, Late Night with Conan O'Brien, The Dennis Miller Show, Tosh.0, and a Comedy Central Presents special in 2001. 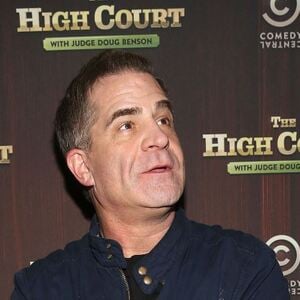