Todd Barry net worth: Todd Barry is an American comedian, voice over artist, and actor who has a net worth of $1.5 million. Todd Barry was born in The Bronx, New York, and began his stand-up career in the 90s. He appeared in multiple independent films and television shows throughout the late 90s, including "Who's the Caboose?", "Sex and the City", and "Los Enchiladas".

In 1999, he gained widespread notice for his first appearance on "Comedy Central Presents". From there, he went on to steady work in film and television projects, including "Pootie Tang", "Chappelle's Show", "Lucky Louie", "Tom Goes to the Mayor", "Freak Show", "Flight of the Conchords", "Lucy: The Daughter of the Devil", "The Sarah Silverman Program", "Aqua Teen Hunger Force", "Delocated", "Louie", and "Bob's Burgers". He is most widely recognized for his voice over work on "Dr. Katz", his performance as Wayne in "The Wrestler", and as the voice of Todd for "Axe Cop". More recently, Todd has appeared on the show "Master of None" and his own 2014 tour "Todd Barry: The Crowd Work Tour". 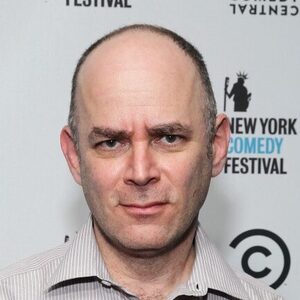