What is Tim Meadows's Net Worth and Salary?

Tim Meadows is an American actor and comedian who has a net worth of $4 million. Meadows is probably best known for his role on "Saturday Night Live." He is one of the longest-standing cast members in the show's history. After a ten year stint on SNL that ended in 2001, Meadows became famous for roles in series such as "Schooled" and "The Goldbergs."

Timothy Meadows was bron on February 5th of 1961 in Highland Park, Michigan. Meadows was raised in Detroit, and he attended Wayne State University after graduating from high school. During his college years, Tim studied television and radio broadcasting.

Tim's comedy career began at the Soup Kitchen Saloon, where he first honed his improvisational skills. After moving to Chicago, Meadows became a member of The Second City comedy troupe, joining other future comedians such as Chris Farley.

His real breakthrough came in 1991, when he joined the cast of "Saturday Night Live." For the next decade or so, Tim became one of the longest-standing cast members of SNL, appearing in ten seasons of the show.

Until 2005, Tim had a record for the longest stint on SNL. Meadows' performances were also praised by critics, and he was nominated for an Emmy Award in 1993. During his time with "Saturday Night Live," Tim became famous for impersonating celebrities such as Oprah Winfrey, Erykah Badu, and Tiger Woods. During this period, he also hosted a fake talk show as a fictional character known as 'The Ladies' Man." His character was eventually used as the basis for a film in 2000 of the same name. During this period, Tim also starred in "Three Days" and appeared in movies like "The Even Stevens Movie." 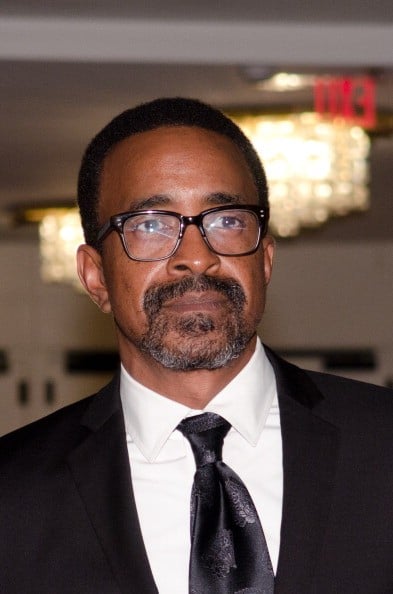 After his tenure at SNL came to an end, Tim branched out into other television work. He booked a central role in an NBC sitcom called "The Michael Richards Show," although it was canceled very quickly. Another guest-starring role followed with "The Office" before Meadows booked the role of a high school principal in the massively-popular movie "Mean Girls." In 2007, he made another notable film appearance in the movie "Walk Hard: The Dewey Cox Story." Meadows also regularly appeared in films with other SNL cast members, such as "Coneheads," "It's Pat," "Benchwarmers," and "Wayne's World 2." Towards the end of the 2000s, Tim appeared on talk shows like "The Colbert Report" and "The Late Show with Craig Ferguson."

Over the next few years, Tim appeared in shows like "Curb Your Enthusiasm" and "The Bill Engvall Show." In the 2010s, Meadows joined the cast of the short-lived NBC sitcom "Marry Me." In 2013, he experienced greater success after booking a recurring role in "The Goldbergs." As of 2020, he continues to appear in this sitcom. In 2016, he booked another central role in "Son of Zorn." During this period, Tim also gained a recurring role in "Brookyln Nine-Nine."

To this day, Tim Meadow continues to perform improvisational comedy in clubs and the theatres throughout the United States. He is associated with venues like ImrpovOlympic and Upright Citizens Bridage Theatre. He also continues to appear in film and television projects.

Tim Meadows married a woman named Michelle Taylor in 1997. Over the course of their relationship, they had two children together before divorcing in 2005.