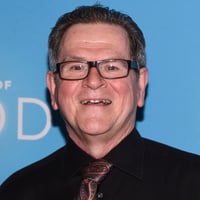 Tim Kazurinsky net worth: Tim Kazurinsky is an American actor and screenwriter who has a net worth of $1 million. Tim Kazurinsky was born in Johnstown, Pennsylvania in March 1950. From 1981 to 1984 he was an actor and writer for the television series Saturday Night Live. His recurring characters included Dr. Jack Badofsky, Mr. Landlord, Father Timothy Owens, The Iguana, Havnagootiim Vishnuuerheer, Wayne Huevos, Worthington Clotman, and Madge the Chimp's Husband. Kazurinsky starred as Sweetchuck in the Police Academy film series including Police Academy 2: Their First Assignment, Police Academy 3: Back in Training, and Police Academy 4: Citizens on Patrol. He has also appeared in other films and TV series including About Last Night, Hot to Trot, Roll Bounce, Chicago Justice, and more. Tim Kazurinsky has been nominated for a Primetime Emmy Award, a BAFTA Award, and a Writers Guild of America Award. He formerly worked as a reporter for a newspaper.