Tim Heidecker net worth: Tim Heidecker is an actor, comedian, musician, writer and director who has a net worth of $3.5 million. Tim Heidecker is best known as one half of the comedy duo Tim & Eric. Along with the other half, Eric Wareheim, he has created multiple television shows, such as "Tom Goes to the Mayor," "Tim and Eric Awesome Show, Great Job!," and "Beef House." Additionally, Heidecker has acted in films including "Bridesmaids," "The Comedy," and "Us."

Early Life and Education: Tim Heidecker was born in 1976 in Allentown, Pennsylvania. He went to Allentown Central Catholic High School, and then to Temple University, where he met his comedy partner Eric Wareheim.

Start of Television Career: With Wareheim, Heidecker created, wrote, and starred in the Adult Swim animated show "Tom Goes to the Mayor." Airing from 2004 to 2006, the program featured a crude limited animation style utilizing filtered photos of the voice cast. It focused on the childish character of the Mayor, voiced by Wareheim, and the entrepreneur Tom Peters, voiced by Heidecker, whose ideas are turned into disasters by the Mayor. Following this, in 2007, Heidecker and Wareheim created the web series talk show "Tim and Eric Nite Live!," which parodied public-access shows. Throughout its short-lived run, the program featured such guests as Zach Galifianakis, Will Forte, Jonah Hill, and Bob Odenkirk.

Heidecker and Wareheim reached a broader audience with the debut of "Tim and Eric Awesome Show, Great Job!" in 2007. A medley of animation, sketch, live action, and other surreal and satirical elements, the 11-minute show became a cult hit with audiences, running for five seasons. Many high-profile names appeared on the program, including regular guests such as Jeff Goldblum, Maria Bamford, and "Weird Al" Yankovic. There were also appearances from the likes of Will Ferrell, Ben Stiller, David Cross, Ted Danson, Danny Trejo, and Josh Groban. At the end of its run, the show aired a holiday episode called "Chrimbus Special." Later, in 2017, another special was aired to commemorate the tenth anniversary of the series.

Further Television and Web Series: In 2008, Heidecker appeared in the two-part special "Young Person's Guide to History," and was in an episode of "The Sarah Silverman Program." Later, in 2010 and 2011, he wrote for the sketch comedy show "Funny or Die Presents." Also in 2010, along with Wareheim and John C. Reilly, he created "Check it Out! with Dr. Steve Brule," a spinoff of "Tim and Eric Awesome Show, Great Job!" starring Reilly as the titular doctor. Next, Heidecker lent his voice to episodes of "Bob's Burgers," "Jon Benjamin Has a Van," and "The Simpsons," and appeared in episodes of "Workaholics," "Comedy Bang! Bang!," and "Kroll Show." He also co-created "Tim's Kitchen Tips" and "Tim & Eric's Go Pro Show."

On Halloween in 2013, Heidecker and Wareheim debuted their horror comedy anthology series "Tim & Eric's Bedtime Stories," which ran on Adult Swim for 13 episodes. In 2013, Heidecker also had a recurring role in eight episodes of the HBO sports comedy "Eastbound & Down," playing the character of Gene in season four. Subsequent credits included "Drunk History," "Community," "The Birthday Boys," "Man Seeking Woman," "Another Period," "Fresh Off the Boat," and the web series "Decker," the latter of which he also wrote. Heidecker has appeared on a number of other shows over the years, including "Portlandia," "Clarence," "Animals," "Pickle and Peanut," "A.P. Bio," "Black Monday," and "Crank Yankers." In 2020, he and Wareheim created "Beef House," a spoof of American family sitcoms from the 80s and 90s.

Other Web Series and Podcasts: Starting in 2012, Heidecker began hosting a parodic web series and podcast called "On Cinema," on which he and co-creator Gregg Turkington play a pair of moviegoers who discuss old and current films. Additionally, Heidecker has contributed to such podcasts as "Comedy Bang! Bang!," "How Did This Get Made?," "Chapo Trap House," "Hollywood Handbook," and "This is Branchburg." Since 2016, he has co-hosted "Office Hours LIVE" with Vic Berger and DJ Douggpound. 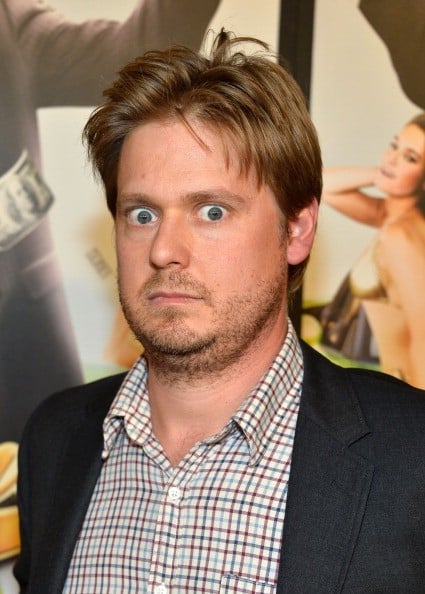 Film Career: In 2001, Heidecker made his feature film debut with a small part in the horror film "The Attic Expeditions." Later, he appeared alongside Eric Wareheim in "Let's Go to Prison." In 2011, Heidecker had supporting roles in "Terri," starring John C. Reilly, and in the hit comedy "Bridesmaids," with Kristen Wiig, Maya Rudolph, Rose Byrne, and Melissa McCarthy. He landed a lead role in 2012, starring as aging hipster Swanson in Rick Alverson's "The Comedy." Also that year, he was in the romcom "The Five-Year Engagement," and wrote, directed, and produced "Tim and Eric's Billion Dollar Movie" alongside Eric Wareheim. Subsequent credits include "A Merry Friggin' Christmas," "Vacation," "Fantastic Four," "Entertainment," and "First Girl I Loved."

In 2017, Heidecker appeared in four films: "Sundowner," "Kuso," "Flower," and "Brigsby Bear," the latter of which starred Kyle Mooney, Mark Hamill, Claire Danes, and Greg Kinnear. The following year, Heidecker played Captain Daniel Gooobler in the Marvel superhero sequel "Ant-Man and the Wasp." In 2019, he had a supporting role in Jordan Peele's horror film "Us," and co-wrote, co-produced, and starred in the mockumentary film "Mister America," an extension of the "On Cinema" series.

Music Career: While living in Philadelphia, Heidecker played in numerous indie rock bands. He is one half of the duo Heidecker & Wood, a band inspired by 1970s soft rock; among their albums are "Starting From Nowhere" and "Some Things Never Stay the Same." In 2013, Heidecker released the album "Urinal St. Station" with his band The Yellow River Boys. Three years later, Heidecker released a solo album called "In Glendale." Other albums have included "Too Dumb for Suicide," "What the Brokenhearted Do…," and "Fear of Death."

Personal Life: With his wife Marilyn Porayko, Heidecker has a daughter, Amelia, and a son, Charlie. Heidecker considers himself an agnostic and atheist, and is a member of the Democratic Socialists of America. 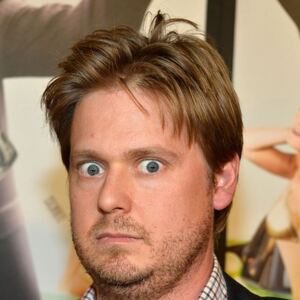