What Is Tig Notaro's Net Worth?

Tig Notaro is an American stand-up comedian, actress, writer, director, producer, and radio personality who has a net worth of $5 million. Notaro became a household name after performing a now legendary stand-up set at Largo in August 2012, in which she addressed a series of recent personal difficulties, including her battle with breast cancer.

Notaro has written for the  MTV Movie Awards (2010) and "Inside Amy Schumer" (2013), and she wrote, directed, and produced the 2015 short film "Clown Service." She produced and directed the comedy specials "Tig Notaro: Boyish Girl Interrupted" (2015) and "Tig Notaro: Happy To Be Here" (2018), and she produces the Funny or Die talk show "Under a Rock with Tig Notaro," which she began hosting in 2019. Tig published the memoir "I'm Just a Person" in 2016, and she co-hosted the podcast "Professor Blastoff" with fellow comics Kyle Dunnigan and David Huntsberger from 2011 to 2015. Notaro has hosted the podcast "Don't Ask Tig" since July 2020, and she is the subject of two 2015 documentaries, Showtime's "Knock Knock, It's Tig Notaro" and Netflix's "Tig."

Tig Notaro was born Mathilde O'Callaghan Notaro on March 24, 1971, in Jackson, Mississippi. She is the only daughter of Mathilde (better known as Susie) and Pat Notaro. Tig spent her early years in Pass Christian, Mississippi, with her free-spirited mother and older brother, Renaud, and when she was 5 years old, the family moved to Spring, Texas, where the Notaro children "gained a new father who provided structure." Tig is the great-great-granddaughter of John Fitzpatrick, who served as mayor of New Orleans in the late 1800s. While appearing on the PBS series "Finding Your Roots with Henry Louis Gates, Jr." in 2019, Notaro discovered that she is a distant cousin of feminist icon Gloria Steinem. Tig has said that she didn't enjoy school, and after failing three grades, she eventually dropped out; she got her GED in 1990. Notaro stated of her childhood, "I was a full-blown tomboy, I was very mischievous and got into a lot of trouble. Everybody in my family smoked, and I started smoking probably when I was nine. My friends used to call me Huckleberry Tig." When Notaro was 2 years old, her brother gave her the nickname "Tig."

Notaro moved to Denver and began managing bands through her booking and management company Tignation Promotions. Her work in the music industry led her to Los Angeles, and in the late 1990s, she performed stand-up for the first time. Tig got her own "Comedy Central Presents" special in 2004, and she went on to release the stand-up special "Boyish Girl Interrupted" on HBO in 2015, followed by 2018's "Happy To Be Here" on Netflix and 2021's "Drawn" on HBO Max. Notaro made her acting debut in a 2006 episode of Comedy Central's "Dog Bites Man," and she soon appeared in the TV movie "Held Up" (2008) and the TV series "In the Motherhood" (2009) and "Back on Topps" (2009). From 2007 to 2010, she had a recurring role on Comedy Central's "The Sarah Silverman Program," appearing in nine episodes. Tig then guest-starred on "Community" (2010) and "The Office" (2012), and in 2013, she appeared in the film "In a World…" and the documentary "Why We Laugh: Funny Women." In 2014, she co-starred with Elizabeth Banks in "Walk of Shame" and with Ryan Phillippe in "Catch Hell," and the following year, she created and starred in the semi-autobiographical TV series "One Mississippi," which aired 12 episodes over two seasons. Around this time, Notaro also guest-starred on "Suburgatory" (2014), "Maron" (2014), "Garfunkel and Oates" (2014), and "No, You Shut Up!" (2015), and she began a six-episode stint on "Transparent" in 2014. 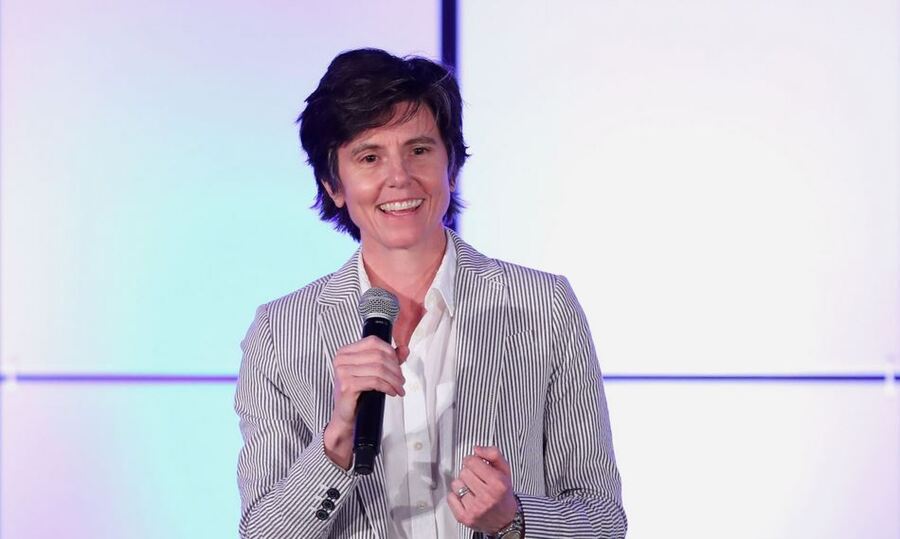 In 2016, Tig appeared in the film "Punching Henry" and guest-starred on "Lady Dynamite" and "The Jim Gaffigan Show." In 2018, she directed the four-episode HBO special "2 Dope Queens," guest-starred on "Fresh Off the Boat" and "New Girl," appeared in the romantic comedy "Dog Days," and co-starred with Mark Wahlberg and Rose Byrne in "Instant Family." In 2019, Notaro began playing Denise "Jett" Reno on the CBS All Access series "Star Trek: Discovery" and appeared in the film "Lucy in the Sky." In 2021, she appeared in the films "Music" and "Together Together" and played helicopter pilot Marianne Peters in the Netflix film "Army of the Dead." Tig replaced comedian Chris D'Elia in the film after he was accused of sexual misconduct by several women, and since the movie had already completed filmed and the casting change came amid the COVID-19 pandemic, Notaro's scenes were added using CGI and green screens. Tig has also done voice acting in several animated projects, such as "The Life & Times of Tim" (2011), "Bob's Burgers" (2013; 2021), and "Adventure Time" (2015).

Notaro refers to 2012 as "the year my life fell apart." In March, she nearly lost her life after contracting the intestinal disease C-diff, then shortly after Tig was released from the hospital, her mother unexpectedly passed away after a fall at age 66. In July, Notaro was diagnosed with bilateral breast cancer, and she later underwent a double mastectomy and hormone blocking treatment. Around this time, her relationship ended, and she unsuccessfully tried IVF treatments. A few days after receiving her cancer diagnosis, Tig talked about it onstage at Largo in Los Angeles. The show has been described as "instantly legendary," and after fellow comic Louis C.K. got Notaro's permission to release the audio on his website, he offered it for download under the title "Live." Tig later released "Live" on iTunes, and it outsold Kiss' "Monster" album, which was also released that week. In 2014, she performed topless at the New York Comedy Festival, prompting Jason Zinoman of "The New York Times" to write, "She showed the audience her scars and then, through the force of her showmanship, made you forget that they were there. It was a powerful, even inspiring, statement about survival and recovery." Later that year, Notaro was hospitalized and underwent surgery after a cyst burst and caused "massive internal bleeding."

In 2016, Notaro earned a Primetime Emmy nomination for Outstanding Writing for a Variety Special for "Tig Notaro: Boyish Girl Interrupted." She received Best Comedy Album Grammy nominations for "Live" in 2014 and "Boyish Girl Interrupted" in 2017. In 2020, Tig won a Webby Award for Video – Best Web Personality/Host for "Under a Rock with Tig Notaro." In 2017, she received a Writers Guild of America Award nomination for Episodic Comedy for "One Mississippi," and she earned a Hollywood Critics Association Midseason Award nomination for Best Supporting Actress for "Army of the Dead" in 2021. GALECA: The Society of LGBTQ Entertainment Critics has nominated Notaro for three Dorian Awards, Wilde Artist of the Year in 2013 and 2016 and Wilde Wit of the Year in 2016.

In 2017, Tig and Stephanie paid nearly $2.5 million for a 3,100 square foot home in the Larchmont Village area of Los Angeles. The home includes five bedrooms, four bathrooms, built-in bookshelves, and a patio with a fireplace. Three years earlier, Notaro purchased a four-bedroom, three-bathroom home in the Hollywood Hills for close to $1.25 million. 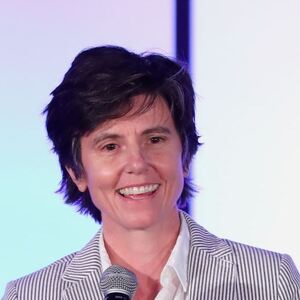