What Is Thomas Lennon's Net Worth?

Thomas Lennon was born Thomas Patrick Lennon on August 9, 1970, in Oak Park, Illinois. He grew up with mother Kathleen, father Timothy, and sister Meggan. Meggan also went into the entertainment business, playing Maya Burroughs in the 2011 film "Another Earth," writing the 2002 television documentary "Reflections from Ground Zero," and working as a field producer on the 2009 documentary "By the People: The Election of Barack Obama." Thomas attended Oak Park and River Forest High School, graduating in 1988, and at age 16, he met Kerri Kenney at a Northwestern University theatre camp. The two would go on to co-create and co-star on "The State" and "Reno 911!," and they both attended New York University and were in the comedy troupe The New Group. Lennon originally enrolled at NYU's Tisch School of the Arts as a drama student, but he later switched to the university's film school.

The New Group changed its name to The State and performed at NYC clubs and theaters. In 1992, Thomas starred in the short film "Aisle Six," which was written and directed by The State's David Wain, and the troupe's members worked on the MTV sketch comedy show "You Wrote It, You Watch It." From 1993 to 1995, Thomas starred on and wrote for MTV's "The State" alongside Kerri Kenney, Robert Ben Garant, Michael Ian Black, Joe Lo Truglio, Ken Marino, Michael Showalter, and David Wain. The series aired 28 episodes over four seasons, and Lennon, Garant, and Black created Comedy Central's "Viva Variety" in 1997. Thomas played Meredith Laupin on the show, and he wrote and produced it. In the '90s, he also appeared in the short film "A Friend of Dorothy" (1994) and the feature film "Row Your Boat" (1998), voiced a Documentarian in "Drop Dead Gorgeous" (1999), and guest-starred in two episodes of "Friends" (1999) as Joey Tribbiani's "identical hand twin." 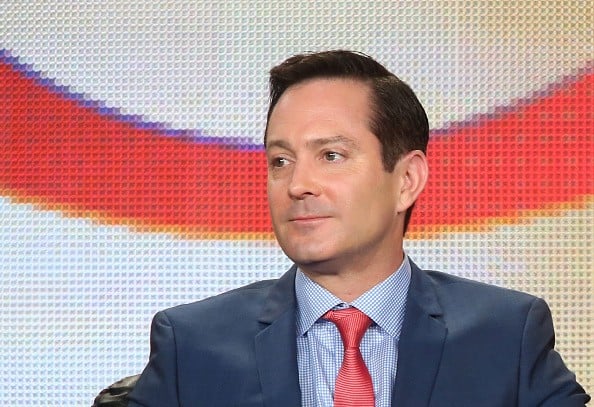 Thomas married actress Jenny Robertson on April 27, 2002, and they welcomed son Oliver in 2009. The family has a home in Geneva Lake, Wisconsin, and in July 2021, Lennon put on his Jim Dangle costume and served as a guest cashier at a local Walmart to raise funds for the Children's Hospital of Wisconsin. Thomas asked each customer if they would like to make a donation with their purchase, and he and Walmart matched every donation. A fan of Morrissey and The Smiths, Lennon occasionally plays guitar with the tribute band Sweet and Tender Hooligans. He is a good friend of "Weird Al" Yankovic and spoke at Yankovic's Hollywood Walk of Fame ceremony, sharing the story of their first meeting (at a Staples in 2005): "Another man was pondering the printer toner wall with me, a man with a magnetic energy and hair like something out of the movie 'The Wiz.' I recognized him, I instantly freaked out and I tried to act cool. I said, 'Excuse me, are you Weird Al Yankovic?' He replied, 'Yes, are you Lieutenant Dangle?' I said, 'I am. Should we just agree to be friends for life?' And Al said, 'Okay.'"

In 2009, Thomas and Jenny paid $2.175 million for a 3,051 square foot home in the Hancock Park area of Los Angeles. The couple purchased the four-bedroom, three-bathroom home from "NewsRadio" and "ER" star Maura Tierney.