Theo Von net worth: Theo Von is an American stand-up comedian, actor, and television host who has a net worth of $500 thousand. He first gained notoriety at 19 when he was a cast member of MTV's Road Rules: Maximum Velocity Tour.

Theo Von was born in Covington, Louisiana on March 19m 1980. He first gained fame after appearing on the reality TV series Road Rules: Maximum Velocity Tour and then later on the series Real World/Road Rules Challenge. Von appeared on the reality TV series Last Comic Standing on NBC in 2006. As an actor he has starred in the movies Bobby Khan's Ticket to Hollywood and InAPPropriate Comedy. From 2013 to 2014 Von hosted the television series Deal with It. He was also featured on the TV series America's Prom Queen and Reality Bites Back in 2008. He released his first one-hour comedy special via Netflix in February 2016.

Theo hosts two podcasts; This Past Weekend, and The King and The Sting. He is a frequent guest on The Joe Rogan Experience and Jim And Sam. 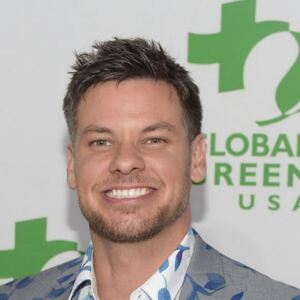