Thea Vidale net worth: Thea Vidale is an American stand-up comedian and actress who has a net worth of $2 million. Thea Vidale was born in Washington, D.C. in November 1956. Her career started in 1986 performing at amateur stand-up comedy nights. Vidale appeared in the comedy special Rodney Dangerfield: Opening Night at Rodney's Place on HBO in 1989.

Her Thea Vidale, Down & Dirty tour took place in 1999 and she tried out for the reality TV series Last Comic Standing in 2007. Vidale starred in her own television series Thea as Thea Turrell from 1993 to 1994. She has appeared in films including Dr. Jekyll and Ms. Hyde, Ringmaster, Punks, Queen of Media, Douglass U, and Love Won't Let Me Wait. Thea Vidale has also appeared in episodes of the TV series Ellen, The Wayans Bros., The Drew Carey Show, My Wife and Kids, Whoopi, Law & Order: Criminal Intent, WWE Raw, Ugly Betty, Drake & Josh, and more. 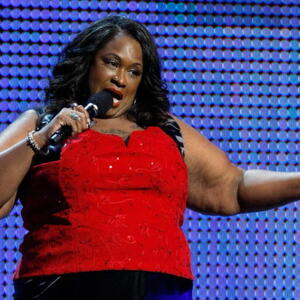