Terry Jones net worth: Terry Jones was a British comedian, writer, actor, director, and historian who had a net worth of $15 million dollars at the time of his death. Terry died on January 21, 2020 at the age of 77 at his home in North London. He had been suffering from primary progressive aphasia since 2015.

Terry Jones, also known as Terence Graham Parry Jones, was born in Colwyn Bay, Wales, and grew up in Surrey, England. He went on to attend Oxford, where he met Michael Palin. The pair performed comedy together while at college. Throughout the late 60s, he appeared in various comedic series including "Twice a Fortnight", "The Complete and Utter History of Britain", and "Do Not Adjust Your Set". He went on to make a name for himself internationally, as part of the famed sketch comedy group, Monty Python. He directed or co-directed their sketch comedy series, as well as such projects as "Monty Python and the Holy Grail", "Life of Brian", and "Monty Python's The Meaning of Life". In addition to his work with Monty Python, he also created and produced the short-lived animated series, "Blazing Dragons", and has written several books and screenplays. 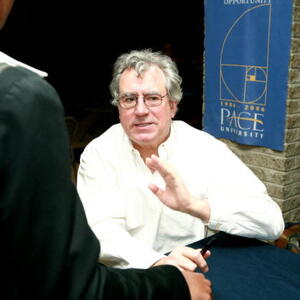