Terry Fator Net Worth Salary and Career Earnings: Terry Fator is an American ventriloquist, impressionist, comedian and singer who has a net worth of $160 million. Terry Fator was born June 10, 1965 in Dallas, Texas. Fator is capable of more than 100 ventriloquial impersonations and uses 16 different puppets in his act.

The beginning of Fator's ventriloquism career dates back to the fifth grade. While searching for a book for an assignment, he came across a book about ventriloquism entitled, Ventriloquism for Fun and Profit, by Paul Winchell. Fator checked the book out from the library and studied ventriloquism. A few weeks later, Fator purchased a Willie Talk dummy from Sears and soon won a $25 prize for a performance at a church picnic. Throughout his childhood, Fator entertained family and friends with his ventriloquism and also honed impersonations of singers and actors. Fator says he found he had the ability to impersonate singers by practicing ventriloquism while driving his car. Fator also dabbled in the music business, singing lead in a band called Freedom Jam in 1987-88. The band performed at over 200 high schools and middle schools across the United States and Canada, averaging three performances per school day. In mid-1988, Fator was the lead singer of a show band called Texas the Band and incorporated his puppet Walter T. Airedale into his shows. His big break was winning Season Two of America's Got Talent, where he took home the million dollar prize. The following year, he was signed on as the headliner at The Mirage hotel and casino in Las Vegas, Nevada. Between June 2017 and June 2018, Terry Fator earned $18 million. That was enough to make him one of the 10 highest-paid comedians on the planet. 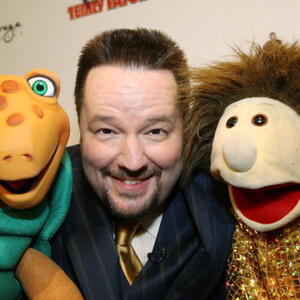